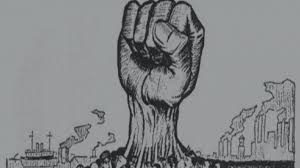 in National March 27, 2022 Comments Off on A joint forum of central trade unions has announced to observe nationwide strike on March 28 and 29 125 Views

Bhubaneswar:27/3/22: A joint forum of central trade unions has announced to observe a two-day nationwide strike from tomorrow protesting against government policies. The All India Unorganised Workers and Employees Congress has extended its support to the nationwide strike.

However, the Bharatiya Mazdoor Sangh has distanced itself from the strike call and said that it will not support the strike.

On the other hand, the All India Bank Employees Association has announced to lend its support to the nationwide strike. The bank unions will participate in the strike protesting against the Banking Laws Amendment Bill 2021 and the Centre’s plan to privatise public sector banks (PSBs).

The State Bank of India has already issued a statement saying that banking services may be affected on March 28 and 29. Workers from other sectors such as steel, oil, telecom, coal, postal, income tax, copper, and insurance are likely to join the strike.

“We advise that while the bank has made necessary arrangements to ensure normal functioning in its branches and offices on the days of strike, it is likely that work in our bank may be impacted to a limited extent, by the strike,” SBI said

The employees’ unions in railways and defence sector may make mass mobilisation supporting strike. Roadways, transport workers and electricity workers have already announced to participate in the strike.