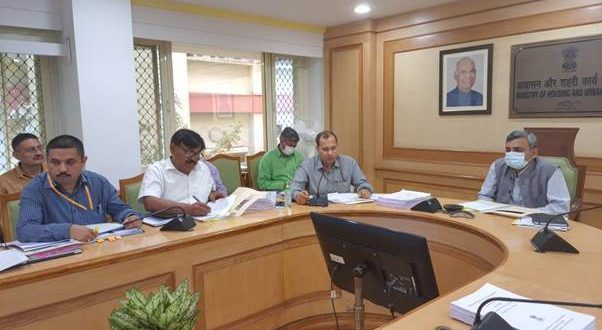 in National March 23, 2022 Comments Off on Project proposals for more than 2 lakh houses approved for construction in 8 States 90 Views

The construction of PMAY-U houses are in various stages. The total number of sanctioned houses under PMAY(U) is now 115.4 Lakh; of which around 95 Lakh have been grounded for construction and around 56.3 Lakh have been completed and delivered to the beneficiaries. The total investment under the Mission is ₹ 7.56 Lakh Crore, with Central Assistance of ₹ 1.89 Lakh Crore. So far, Central Assistance amounting to ₹ 1.25 Lakh Crore has already been released.

Secretary, MoHUA, also reviewed the revision of projects and performance of the participating States with respect to the Mission.

With the vision of ‘Housing for All’, MoHUA is committed to providing pucca houses to all eligible beneficiaries. The emphasis has been to accelerate the construction, completion, and delivery of houses across the country.