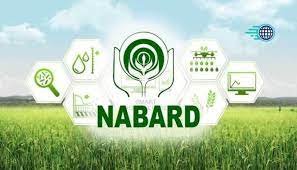 NABARD has sanctioned Rs 4,013 crore to the Odisha government during the financial year 2021-22

Bhubaneswar21/3/22:The National Bank for Agriculture and Rural Development (NABARD) has sanctioned Rs 4,013 crore to the Odisha government during the financial year 2021-22 under the Rural Infrastructure Development Fund (RIDF), officials said on Monday.

This financial allocation is highest in the country under RIDF during the financial year, the NABARD officials said.

During this fiscal year, a major thrust has been given to improvement in the rural connectivity sector in the state under RIDF and assistance of Rs 2,568 crore (64 percent of total sanction of the state) has been sanctioned for construction of rural roads and bridges, chief general manager of NABARD (Odisha region), C. Udayabhaskar said in a statement.

Road projects of a total length of 2,000 km and bridges of 17.13 km length have been constructed/upgraded through RIDF funding during the current year. These projects are expected to benefit more than 10 lakh people in the state, he said.

The CGM said NABARD has sanctioned financial assistance of Rs 840 crore for 9 mega piped water supply projects aimed at providing safe drinking water at the doorstep to about 17 lakh rural populations in Odisha.

Similarly, funds to the tune of Rs 605 crore have also been extended to the state for the development of various agro-allied and irrigation infrastructures, he added.

Some of the notable projects sanctioned during the year include Kusumi irrigation project and the livestock vaccine production unit at Berhampur.

This sanction is on the line of priority fixed by the state government for developing critical rural infrastructure for drinking water supply, irrigation and rural connectivity (road and bridge).

With the sanction made in the current year, the NABARD’s total cumulative sanction since inception of RIDF has crossed Rs 32,100 crore for Odisha, officials said.