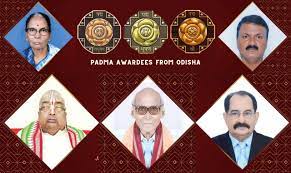 in Uncategorized March 21, 2022 Comments Off on Five renowned personalities from Odisha were conferred with the Padma Awards 2022 144 Views

New Delhi21/3/22:: Five renowned personalities from Odisha were conferred with the Padma Awards 2022 by President Ram Nath Kovind at the Civil Investiture Ceremony-I held in the Durbar Hall of Rashtrapati Bhavan on Monday.

Srimad Baba Balia has been conferred with the prestigious Padma Shri Award 2022 in Social Work. The Social & Spiritual Leader from Jagatsinghapur has been working with Odisha’s poor & backward communities.

Odisha’s Narasingha Prasad Guru has been conferred with the prestigious Padma Shri 2022 in Literature and Education category. The Koshali author, lyricist & lexicographer from Bolangir has been promoting the language for over five decades. 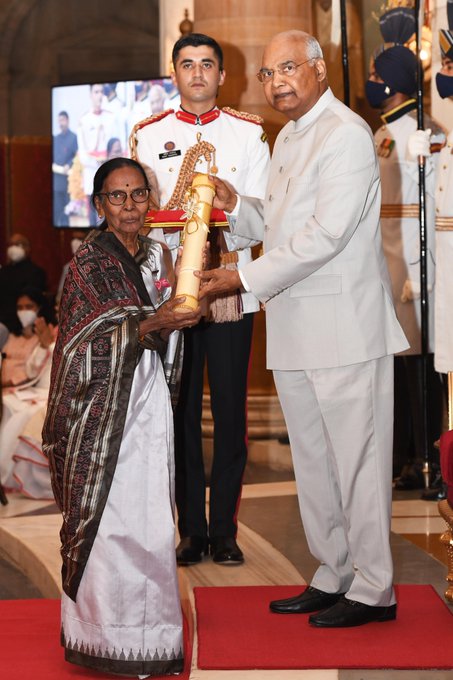 Dr. Shyamamani Devi from Odisha was conferred Padma Shri in the Arts category. She is a renowned Odia singer with thousands of her songs influencing generations. 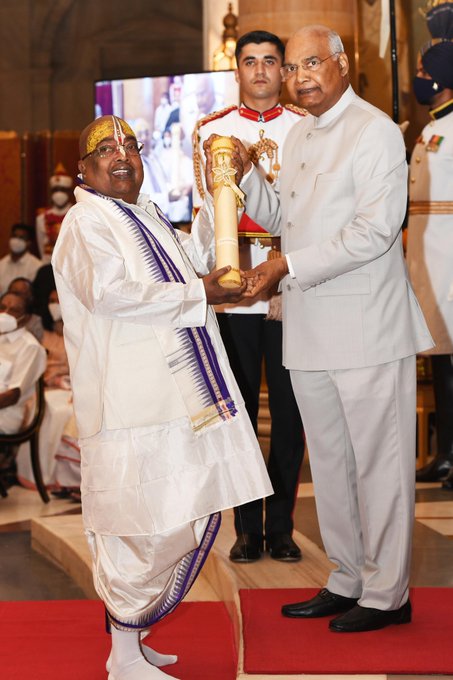