Top Headlines
Home » State News » For the first time this year, temperature at any place in Odisha crossed 40 degrees Celsius 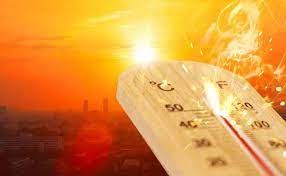 For the first time this year, temperature at any place in Odisha crossed 40 degrees Celsius

in State News March 16, 2022 Comments Off on For the first time this year, temperature at any place in Odisha crossed 40 degrees Celsius 85 Views

As per the data provided by the Regional Meteorological Centre, another eight places in the State recorded maximum temperature at 39 degrees Celsius or above.

The met department has already issued heatwave warnings for several districts of the State for March 16, 17 and 18 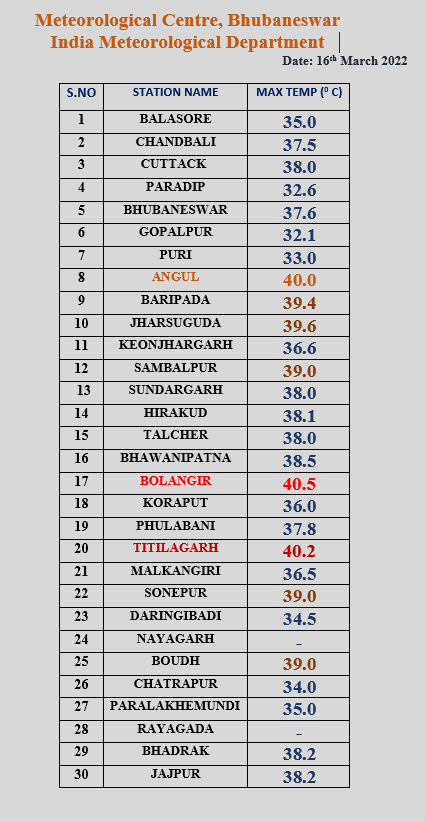 March 17: Heatwave condition is very likely to prevail at one or two places over the districts of Sonepur, Boudh, Bolangir, Angul, Nayagarh, Khurda, Balasore, Mayurbhanj, Sambalpur and Jharsuguda.

March 18: Heatwave condition is very likely to prevail at one or two places over the districts of Sonepur, Boudh, Bolangir, Angul, Sambalpur and Jharsuguda.

The Meteorological Centre has advised people to take precautionary measures while going outside between 11 am and 3.30 pm in the districts.

2022-03-16
Editor in chief
Previous: Rourkela city of Odisha among the winning cities for the EatSmart Cities Challenge
Next: Covid-19 vaccination drive for the 12-14 years age group kick-started