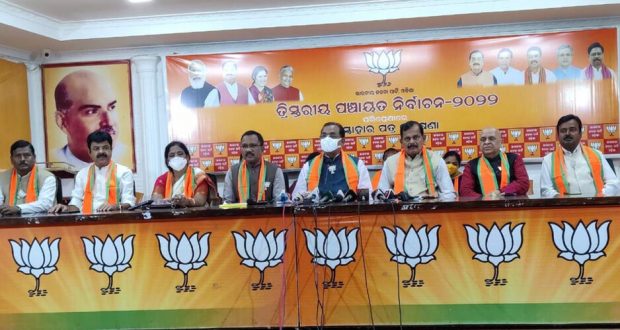 in State News January 27, 2022 Comments Off on Odisha State BJP has released its manifesto for the forthcoming Panchayat elections 142 Views

Bhubaneswar: 27/1/22:The Odisha State BJP has released its manifesto for the forthcoming Panchayat elections on Thursday, promising various development schemes to rural people.

The manifesto was released in a meeting held in Bhubaneswar BJP HQ stressing empowering panchayats, sarpanches and ward members.

While releasing the election manifesto, state party president, Samir Mohanty said, “Nutritious food at Anganwadis, cooking gas and electricity connection to every household, skill development of SHG workers and wiping out brokers from paddy procurement process will be our target.” 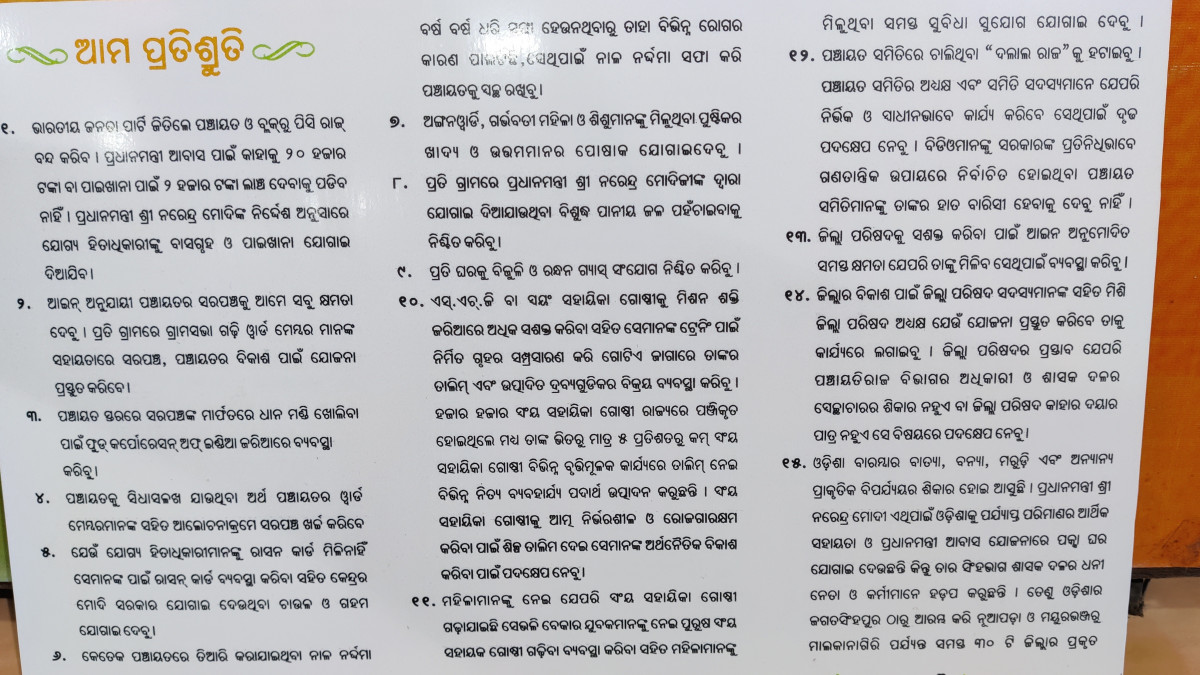 “We will ensure that the Sarpanch has the power and discretion to make decisions. Every village will have Gram Sabhas which will work with Ward Members for the development of the panchayat. Paddy mandis will be opened in panchayats with the support of FCI,” he stated.

“We will work towards eliminating the ‘Token System’ at paddy mandis. Liquor shops are not allowed within a 500-metre distance of schools, religious places, colleges, residential areas and highways,” said Mohanty.

The manifesto contains a 22-point charter which the saffron party promises to deliver if its’ candidates emerge victorious in the three-tier Panchayat polls in Odisha.

The BJP promises to abolish the alleged PC (Percentage) culture that has been synonymous with the ruling Biju Janata Dal (BJD) government for years. As per the manifesto, the BJP will not allow corrupt officials and leaders to extort bribe from the beneficiaries under the PMAY and Swachh Bharat schemes.

The party also promises to create Men Self Help Group (MSHG) community which will be constituted in line with the Women Self Help Groups (WSHGs), and equal facilities will be provided to the unemployed men as well. 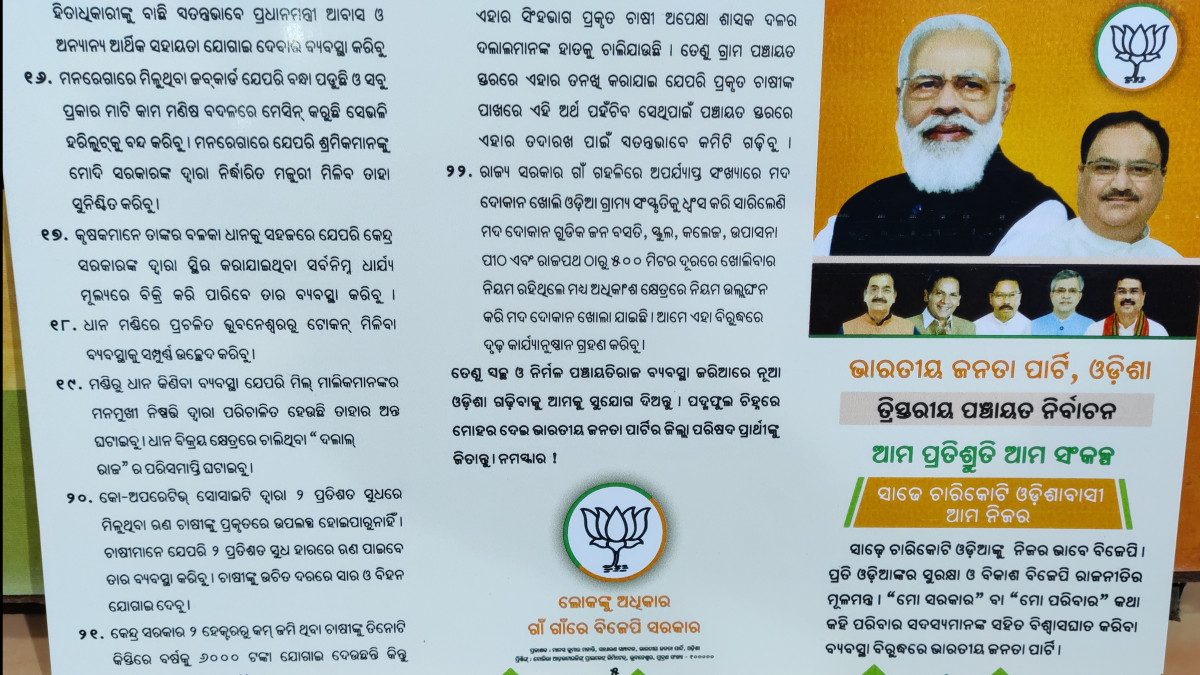 Moreover, the WSHGs will be empowered by providing vocational training to more and more women in the group. Presently, only five percent of women in the WSHGs are given training and producing home essentials to sell, the manifesto stated.

The elections will be held for a total of 853 Zilla Parishad seats, 91,916 Wards and 6,794 Panchayats. Candidates will be able to contest the elections with party symbols.

2022-01-27
Editor in chief
Previous: Odisha :Chief Minister Naveen Patnaik has reviewed the COVID-19 situation in the state
Next: Official trailer of odia film ” Daman” has been released