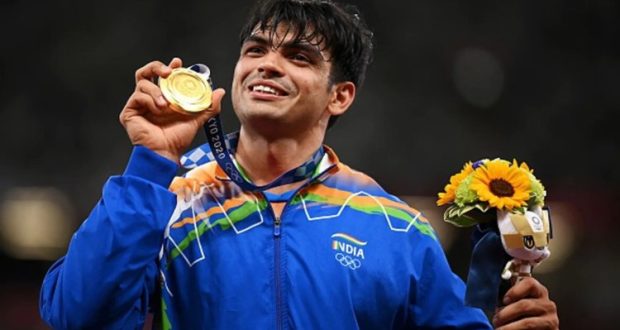 Neeraj Chopra to be awarded with Param Vashistha Seva Medal

in Sports January 25, 2022 Comments Off on Neeraj Chopra to be awarded with Param Vashistha Seva Medal 87 Views

Neeraj Chopra is the first track and field athlete to win a gold medal for India at the Olympics.

A total of 939 Police personnel have been awarded Medals on the occasion of Republic Day-2022.

Among the personnel receiving Gallantry Awards 115 are from J&K Police, 30 are from CRPF, 03 from ITBP, 02 from BSF, 03 from SSB, 10 from Chhattisgarh Police, 09 from Odisha Police and 07 from Maharashtra Police and the remaining from the other States/UTs.