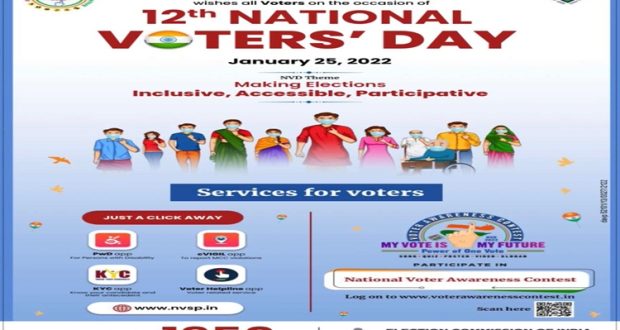 in National January 25, 2022 Comments Off on National Voters’ day being celebrated 133 Views

Newdelhi:25/1/22:Vice President, M.Venkaiah Naidu today urged the Election Commission and the citizens to ensure a voter turnout of 75 per cent in the next General elections to make electoral democracy more inclusive. He also sought consensus on simultaneous polls to all the three tiers of federal set-up and move towards better governance by focusing our attention on the all-round development of our people.
In his address on the occasion of 12th National Voters Day, Mr Naidu stressed that no voter should be left behind and urged the citizens to judge the contestants in the elections on merit. As Mr Naidu is in home isolation in Hyderabad after testing COVID-19 positive, his address was read out at the event in New Delhi.

Referring to an increase in voter turnout from 44.87 per cent in the first General Elections to during 1951-52 to the highest ever 67.40 per cent for the 17 the Lok Sabha in 2019, Mr Naidu complimented all stakeholders for the same.

He hailed the Commission as a credible, responsive and forward-looking institution every votary of democracy can legitimately be proud of. The Vice President noted that the challenge before the poll body is to ensure a steady increase in voting in every election to make our electoral democracy more inclusive by addressing the barriers to voter participation. He complimented the SVEEP (Systematic Voter Education and Electoral Participation) initiative of the Election Commission for improving voter participation.

Mr Naidu expressed delight over women voting more than men in the 2019 General Elections by a margin of 0.17 per cent, for the first time in 70 years, ending the gender gap in the country.

He stressed the need for swifter resolution of election disputes and creation of a more informed citizenry empowered to judge the merits of each candidate in the elections. He urged the Commission to further explore innovative ways in which technology can enhance the credibility and accessibility of the voting process.

The Vice President also referred to high voter turnout in the range of 74 per cent to 84 per cent in the elections to five State assemblies held under COVID protocol last year.

Chief Election Commissioner, Sushil Chandra said the poll body has emphasized increasing the pace of vaccination in all five poll-bound states and all arrangements will be made to ensure that this election is absolutely safe. He said the right to vote was bestowed upon every adult citizen of India at the same time as the country got freedom. For a newly-independent country with a literacy rate of 18 per cent, this was a truly radical move.

On the occasion, National Awards for the Best Electoral Practises for the year 2021-22 were conferred on State and District level officers for their outstanding performance in the conduct of elections in different spheres such as IT initiatives, Security Management, Election Management, Accessible Elections and contribution in the field of voter awareness and outreach.

The National Awards were also given to important stakeholders like government departments, Election Commission of India (ECI) icons and media groups for their valuable contribution towards voters’ awareness. The National Media Award was given to All India Radio, Regional News Unit Head of Guwahati, Mansa Pratim Sarma for voter awareness.

During the function, the newly enrolled voters were felicitated and handed over their Elector Photo Identity Card (EPIC). The Commission has recently launched a new initiative to deliver the EPIC to newly enrolled voters, along with a personalised letter and a Voter Guidebook.

The Election Commission’s Publication ‘Leap of Faith: Journey of Indian Elections’ was released on the occasion. Another Publication ‘Pledging to Vote – A decadal Journey of The National Voters Day in India’ was also be launched.

A national voter awareness contest on social media- ‘My Vote is my Future- Power of One Vote’ was launched to reiterate the importance of every vote through creative expression for the ongoing Assembly Elections 2022.

Since 2011, National Voters’ Day has been celebrated all across the country on 25th of January every year, to mark the foundation day of the Election Commission of India. The theme for this year’s voters’ day is ‘Making Elections Inclusive, Accessible and Participative’.

In Uttar Pradesh, National Voters’ Day is being celebrated in the State with full fervour as the state is going to polls a few days from now. AIR correspondent reports, the main event is scheduled at noon in Lucknow, where Governor Anandiben Patel will be the Chief Guest.

Programmes based on the theme ‘Making Election Inclusive, Accessible and Participative’ will be held in all 75 districts following the Covid protocol.

Essay and debate competitions will also be held in schools via the online mode. People will also pledge to ensure free, fair and peaceful elections in oath-taking ceremonies.

State Election Officer Ajay Kumar Shukla has greeted people on the occasion of Voters’ Day and appealed to them to participate in voter awareness programmes and also upload their audio-video clips and creative content on social media platforms by using hashtag #NVD2022.

The State Election Commission has instructed that all Covid protocol must be followed during the organisation of all such events.

West Bengal Governor Jagdeep Dhankhar has alleged that voters don’t have freedom in the state which is reflected by the incidents of unprecedented post-poll violence.

On the occasion of National Voters Day, Shri Dhankhar paid floral tribute to the statue of B.R Ambedkar in the assembly house in Kolkata before facing the media. He said that democracy is in peril in West Bengal.

Shri Dhankhar said, the state is governed not by the law but by the ruling party. He also labelled a series of accusations on the officers of the state government, the speaker and the Chief Minister for not abiding by the constitution.

Speaker of the state legislative assembly Biman Banerjee expressed anguish on the claims of the Governor. He said it was not the right platform to express such things and also refuted the allegations.

2022-01-25
Editor in chief
Previous: Award of Gallantry Medals / Service Medals on the occasion of Republic Day, 2022
Next: Padma Awards 2022 announced 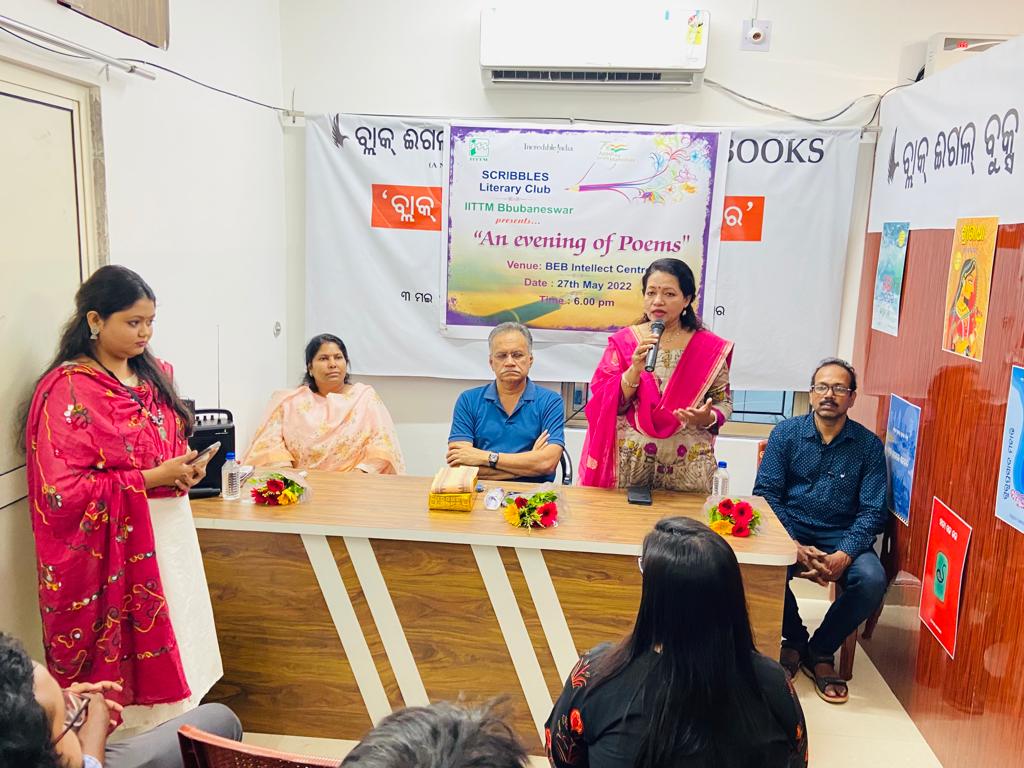