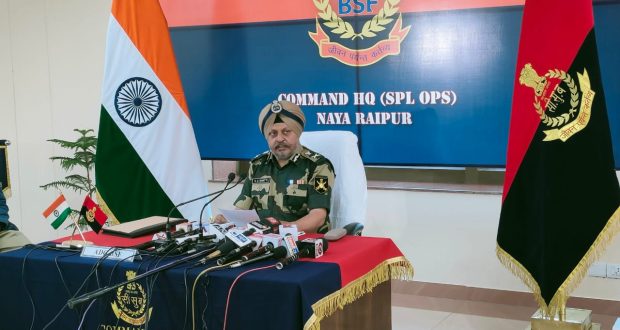 in District Diary January 24, 2022 Comments Off on BSF will launch a boat ambulance in Malkangiri’s Swabhiman Anchal on the occasion of Republic Day 157 Views

The BSF’s Command Headquarters in Raipur shared the details about launch of the boat ambulance in Malkangiri, on Monday.

The boat ambulance will provide medical facilities to 30,000 people living in 151 villages in the riverine terrain of Swabhiman Anchal, the BSF stated.

The BSF, the first line of defense, was deployed in Odisha in October 2010 in Koraput and Malkangiri districts as both the districts were Naxal-infested. Subsequently, in 2013, the BSF was also deployed in Nabarangpur and Rayagada districts.
Before 2010, it used to be very difficult on the part of civil administration to move into interior areas. Even police, with limited resources, could not access remote areas. Vehicles did not ply during night hours and shops would shut down before sunset. It was very difficult to implement Central and State Government schemes on the ground. It was BSF that aided State police and civil administration in containing Maoist activities in Koraput and Malkangiri district