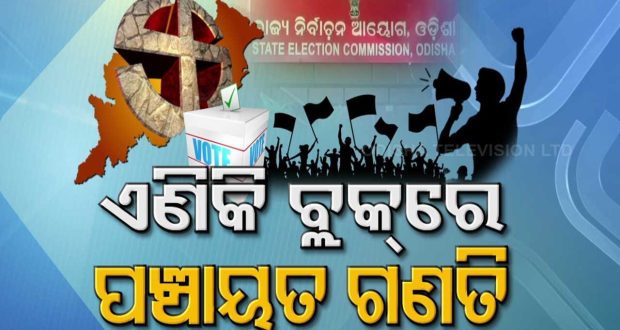 Bhubaneswar:21/1/22:Even though India is a republic, political parties often evince keen interest in dynasties. And, apart from these dynasties, the dominance of political families in most of the major parties in the country is a hard reality. In the upcoming Odisha Panchayat polls, people are likely to see glimpses of such dynasts in the political arena. Dharakote ‘Raja Saheb’ Sulakhyana Gitanjali Devi has taken her first step into politics by filing her nominations for Dharakote Panchayat Samiti membership. The 21-year-old ‘king’ is the eldest daughter of former MLA Nandini Devi.” I think politics is the best medium to help and serve people. And, that’s the reason why I have decided to contest in the Panchayat polls,” said Gitanjali Devi. Apart from the royals, several families are also enjoying quite a dominance in Odisha politics. The family of former Odisha Chief Minister Giridhar Gamango is one such example. For the last 56 years, members of the Gamango family have been retaining the Khilapadar Sarpanch post.

In Nabarangpur, people will witness a Battle Royale as the daughter Lipika Majhi and niece Bhanumati, former MLA of Dabugaon Bhujabal Majhi, are all set to contest for the Papadahandi zone-2 Zilla Parishad post.

“Though we belong to the same family, we will be fighting under the symbol of different political parties. I will work towards my party dedicatedly and she (Bhanumati) will work for her party,” said Lipika Majhi.

“Being part of a family and contesting in elections are two different things. We will be fighting for people’s cause, after all,” said Bhanumati.

Apart from dynasty and family politics, several members of a family will also be seen contesting in the rural polls.

Sample this. From Pandua panchayat in Jagatsinghpur, a father (Kailash Chandra), daughter (Subhashree) and daughter-in-law (Swapnita Swain) will be seen contesting for different posts.

“Our aim is to serve people and we are contesting over the same ideology. We will try our best to give our 100 percent to people’s cause,” said Subhashree.

Prime Minister Narendra Modi had once said that political dynasty is the biggest enemy of democracy. Though the dynasty trend continues to dominate politics in the country, the recently concluded general elections proved doom for several family-based parties.

2022-01-21
Editor in chief
Previous: Odisha Chief Minister Naveen Patnaik has been adjudged the Most Popular CM of the country yet again
Next: No Mobile Tower, No Election :five Panchayats have boycotted the forthcoming Panchayat polls