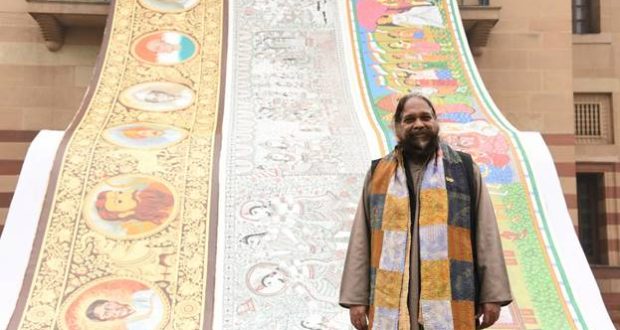 Newdelhi:14/1/22:The National Gallery of Modern Art, New Delhi celebrated Azadi ka Amrit Mahotsav with Kala Kumbh- artist workshops for painting scrolls measuring approximately 750 meters, representing the tales of valor of unsung heroes of India’s freedom movement. The works of art done on the gigantic scrolls will form an integral part of the Republic day celebrations 2022, marking a unique collaboration between the Ministry of Culture and Ministry of Defence. Director-General of National Gallery of Modern Art Shri Adwaita Garanayak informed this during a press briefing today in New Delhi.

Shri Adwaita Garanayak during briefing said that these scrolls analyse the potential of art as a means to express National pride and excellence with varied forms of art from diverse geographical locations of the country. “The celebration of true essence of Ek Bharat Shreshtha Bharat was visible in these workshops where the rich diversity of our country in its cultural aspects was witnessed while portraying the heroic lives and struggles of unsung heroes of India’s freedom movement. These have been diligently researched upon and painted enthusiastically by more than five hundred artists spread over two locations, Odisha and Chandigarh”, he added.

Shri Garanayak said, “The National Gallery of Modern Art, New Delhi has organised these workshops with the aim of amalgamating varied forms of visual and performing arts of the country to represent the true essence of unity and diversity in India. I believe that the gigantic scrolls when displayed at Rajpath will garner interest of each individual to delve deep into the history of the unsung heroes of India’s freedom struggle and would also draw attention towards the unified visual aspects of modern, indigenous and contemporary arts of India” 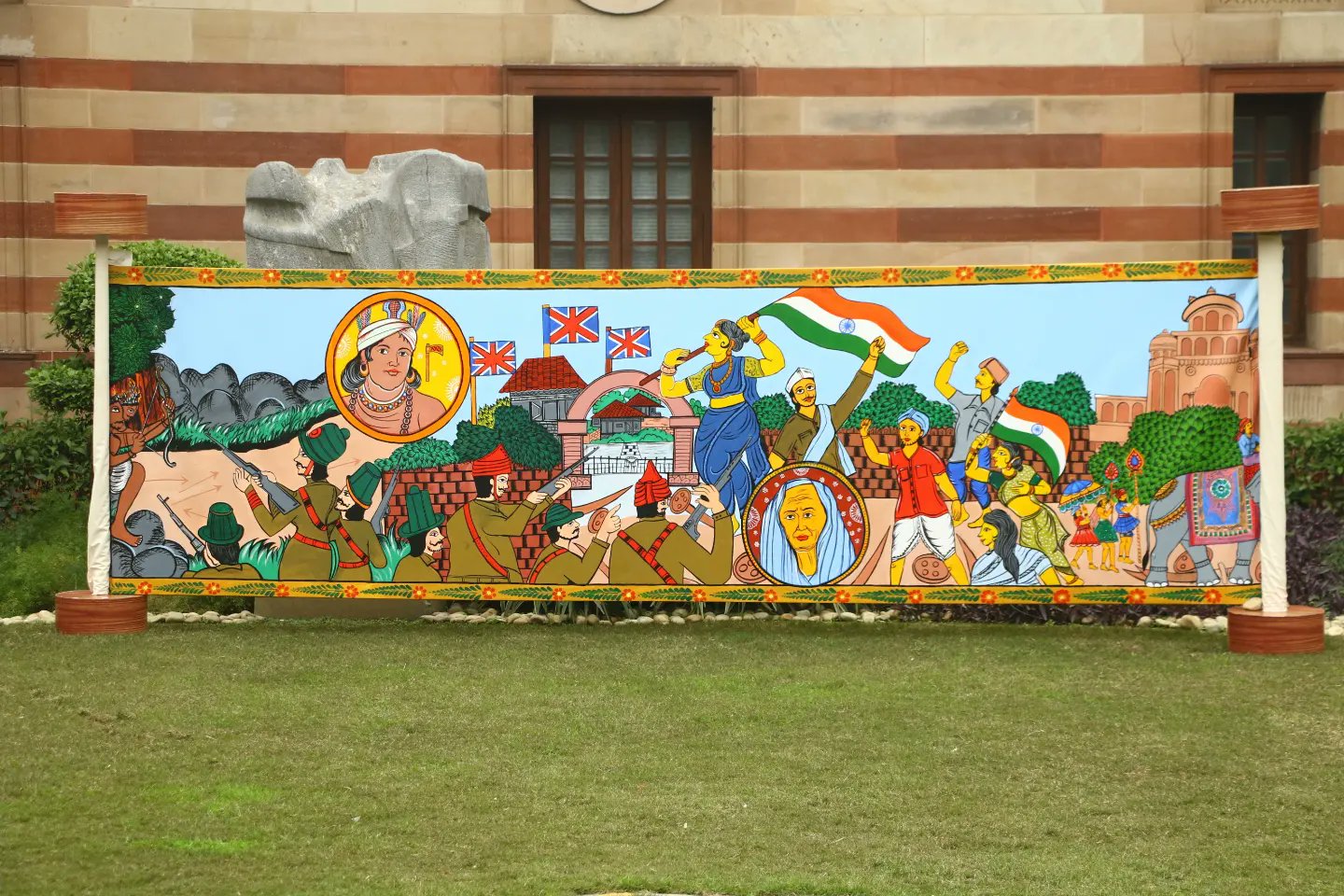 Kala Kumbh- Azadi Ka Amrit Mahotsav reflects the essence of unity in diversity while also analyzing the initiative of the Government of India to celebrate and commemorate 75 years of progressive India and the glorious history of its people, culture and its achievements. “The scrolls painted in these workshops may be seen as an embodiment of all that is progressive about India’s socio-cultural identity which has been imparted prominence on the large-scale scrolls as per the artistic vision of Shri Adwaita Garanayak, Director- General, NGMA and mentored by eminent senior artists.

Ten gigantic scrolls of approximately seven hundred and fifty meters portray the tales of valour and legacy of the unsung heroes of India’s freedom struggle.  Inspiration has also been drawn from the creative illustrations in the Constitution of India wherein the artistic elements painted by Nandalal Bose and his team has imparted a distinctive appeal along with several representations from the indigenous arts of India. These represent and showcase the rich cultural heritage of India along with the insights of struggles undertaken by the unsung heroes for achieving India’s freedom.

At Bhubaneswar, the narratives have reflected the tales of valor and historical elements of India’s movement of freedom struggle focusing on Odisha, Bihar, Jharkhand, Chhattisgarh, Bengal, northeastern parts of India and Andhra Pradesh with artistic expressions reflecting the indigenous forms of art such as Pattachitra, Talapatra Chitra, Manjusa, Madhubani and JaduPatua to name a few.

The scrolls reflect traditional forms of art as well as contemporary expressions, which showcase the essence of rich cultural and artistic heritage of India while also analyzing the absolute sacrifice and contribution of our unsung heroes proving to be a befitting tribute to Kalakumbh- Azadi ka Amrit Mahotsav and a true celebration of Ek Bharat Shrestha Bharat.

In the next phase, these scrolls will be placed artistically at Rajpath for the celebrations of Republic day, 2022. The strategic location of these scrolls would serve as an open gallery for all the citizens and it is intended to inspire people about the rich national heritage and legacy of Bharat in its true sense.

2022-01-14
Editor in chief
Previous: Registration of political parties under Section 29A of the Representation of the People Act, 1951 – Public Notice Period – regarding
Next: Odisha reported 10,273 new infections, another spike in daily COVID-19 cases