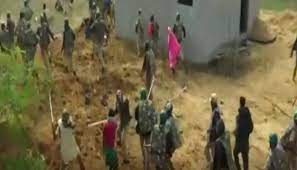 Dhinkia 14/1/22:Debendra Sawin, a former panchayat member who is leading a campaign against JSW’s proposed steel plant in Dhinkia, was arrested today following clashes between police and villagers during the demolition of betel vines.

Tension ran high at Dhinkia village in Jagatsinghpur district on Friday when a large number of villagers opposed the demolition of betel vineyards at the proposed steel plant site of JSW.

The police resorted to lathi charge to disperse villagers who were protesting against the proposed JSW project. Several villagers, including some women, were injured in the scuffle with the police.

As per reports, the villagers confronted the police to save their crops. Subsequently, police resorted to lathi-charge to disperse the protesting villagers.