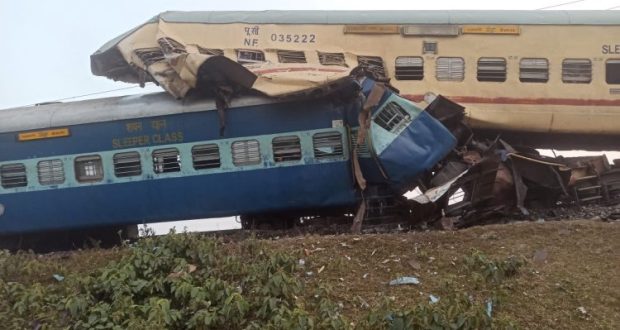 Kolkata:13/1/22; As many as three passengers were killed and several were injured after at least 12 coaches of the Guwahati-Bikaner Express train (15633) derailed near Domohani in West Bengal on Thursday.

According to reports, the incident took place at around 5 pm as assessment suggests a possibility of a crack in the railway track which led to the accident.

Railway officials, locals and the NDRF team have rushed to the spot while disaster management and rescue teams have already reached the spot. Meanwhile, attempts to rescue trapped passengers are underway.

The train left New Domohani station at 4.53 pm. It got derailed while moving towards the block section between New Domohani and new Maynaguri stations. Jalpaiguri district officials said the injured were being taken to Jalpaiguri Sadar Hospital. Rescue operators were sent from Siliguri and Aipurduar towns as well.