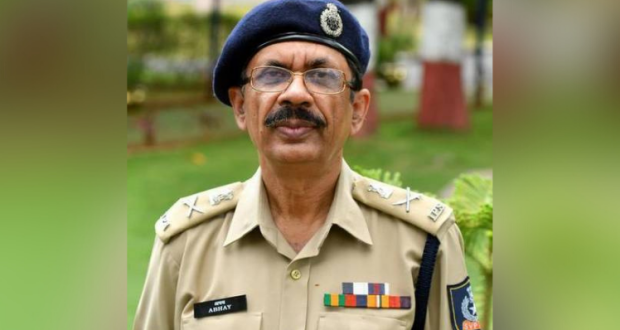 Bhubaneswar:31/12/21:Odisha Chief Minister Naveen Patnaik has appointed former DGP, Abhay as chairman of the state task force for Narcotic drugs-related issues in the rank and status of chief secretary.

On Friday, Sunil Kumar Bansal took charge as the Director-General of Police (DGP) of Odisha today as the DGP from Abhay retired on December 31.

As the Naveen Patnaik-led BJD government is known to appoint bureaucrats with a clean track record to various key posts, 1986 IPS Abhay was chosen to advise the government on security-related issues.

Abhay was named as the DGP on November 20, 2019, and had assumed charge on December 9 that year.

Though he was scheduled to retire in June 2021, the government extended his service by six more months to meet the Supreme Court’s directive of ensuring a minimum tenure of two years of a DGP.

In December last year, the government had appointed retired chief secretary Asit Tripathy as the chairperson of the Western Odisha Development Council.