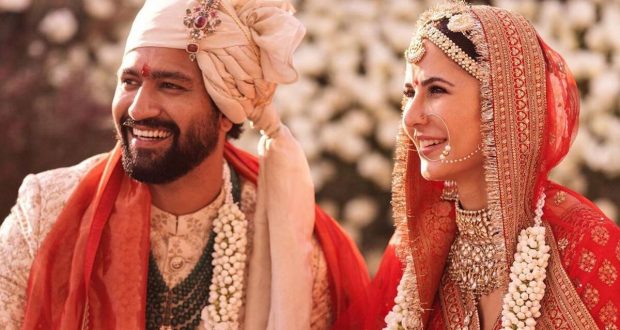 in Entertainment December 9, 2021 Comments Off on Actors Katrina Kaif and Vicky Kaushal tied the knot 321 Views

Rajasthan;9/12/21:   Actors Katrina Kaif and Vicky Kaushal tied the knot on Thursday. The couple reportedly hosted a private bash for guests on Tuesday and participated in haldi and sangeet ceremonies on Wednesday.

The festivities took place at the lavish Six Senses Fort Barwara in the Rajasthan town of Sawai Madhopur. The couple in earlier this week with their families and guests began arriving that same day. Attendees were reportedly requested to refrain from using their phones during the ceremonies. It is also being reported that the couple has struck a deal with an OTT giant to stream the wedding as a special package next year. 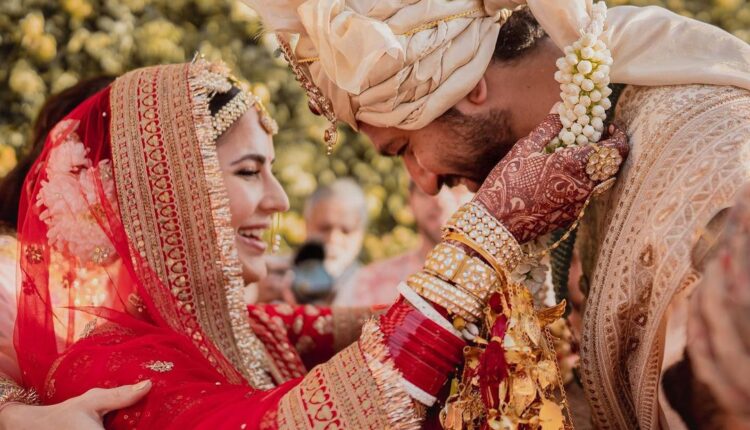 According to reports, Katrina Kaif and Vicky Kaushal have been dating since 2019, but neither has ever confirmed the relationship publicly. They have, however, been spotted together on several occasions, attending parties and industry events. They were seen visiting each other’s houses before leaving for Rajasthan

.Katrina and Vicky’s love story began when both expressed mutual admiration for each other on separate episodes of Karan Johar’s talk show Koffee with Karan. They later interviewed each other for Film Companion, which was, by their own admission, the first real conversation they had.

Vicky-Katrina were a Sabyasachi couple at their wedding

Fashion designer Sabyasachi Mukherjee created the wedding trousseau for the bride and the groom. In a long Instagram post on the official handle of his brand Sabyasachi, he explained the dresses. For Katrina Kaif’s red ensemble, he wrote, “The bride Katrina Kaif wears a classic Sabyasachi red bridal lehenga in handwoven matka silk with fine tilla work and meticulously embroidered revival zardozi borders in velvet. In homage to the groom’s Punjabi roots, her veil is custom-trimmed with handmade Kiran in hand-beaten silver electroplated in gold. The lehenga is paired with bespoke bridal jewelry of uncut diamonds in 22k gold detailed with hand-strung pearls from Sabyasachi Heritage Jewellery 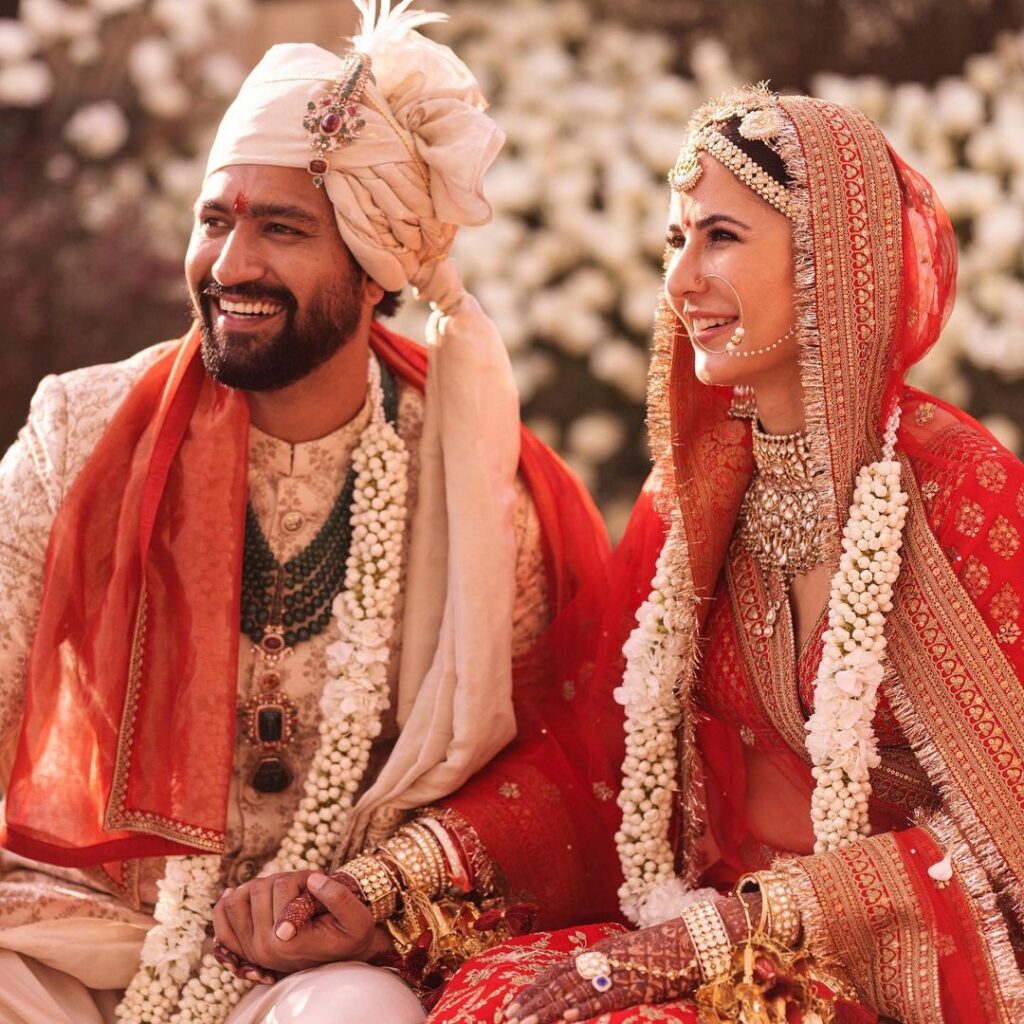 2021-12-09
Editor in chief
Previous: BJD took out a mass motorcycle rally in Bhubaneswr over rise in prices of fuel and other essential commodities
Next: Odisha Assembly, the eighth day too saw the opposition disrupting the House proceedings