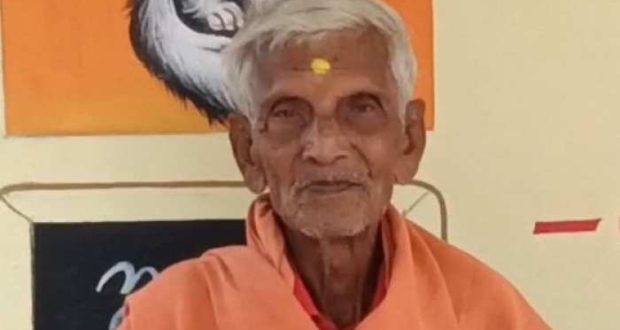 Bhubaneswar:7/12/21: Condolences poured in from various quarters after the demise of Padma Shri awardee Nanda Kishore Prusty on Tuesday.

“Pained by the demise of Nanda Prusty. The much-respected ‘Nanda Sir’ will be remembered for generations due to his efforts to spread the joys of education in Odisha. He drew the nation’s attention and affection a few weeks ago at the Padma Awards ceremony.

“Pained by the demise of Nanda Prusty. The much-respected ‘Nanda Sir’ will be remembered for generations due to his efforts to spread the joys of education in Odisha. He drew the nation’s attention and affection a few weeks ago at the Padma Awards ceremony. Om Shanti” tweeted PM Modi.

Home Minister Amit Shah paid his respect to the Padma Shri awardee and said that the nation will always remember his selfless service.

“Deeply saddened by the demise of Nanda Kishore Prusty. He was recently conferred with the Padma Shri for his pioneer contribution towards providing free education to children in Odisha. The nation will always remember this noble soul for his selfless service. Om Shanti Shanti,” Tweeted Amit Shah.

Padma Shri and ideal teacher Nanda Kishore Prusty (Nanda Sir) passed away at Sum Hospital here on Tuesday. He was 104. He had contracted Covid-19. He was hospitalized after his condition deteriorated.

“Odisha Governor is deeply saddened to learn about the demise of #Padmashri Nanda Kishore Prusty, the revered teacher & inspiration to many and remembered fondly his meeting with ‘Nanda Sir’ just before his hospitalization. He conveyed his sympathy to bereaved family & students,” a tweet from Odisha Raj Bhawan read.

“I express my profound sorrow and grief over the demise of the much-respected ‘Nanda Sir’. His valuable contribution to education and his lifelong sacrifice will forever be the norm. I extend my heartfelt condolences to the bereaved families and wish them well,” the CM said in a tweet.