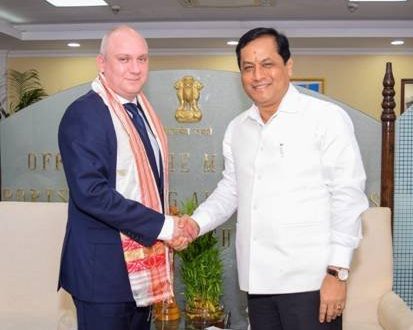 Newdelhi:6/12/21:Union Minister for Ports, Shipping, Waterways and Ayush Shri Sarbananda Sonowal has expressed hope that India and Russia can collaborate for benefit in the fields of civilian shipbuilding and inland waterways. He said, both the countries are looking at new areas of cooperation to further the bilateral relations. In a tweet message, after receiving the Russian Federation Deputy Minister of Industry and Trade Mr. Oleg Ryazantsev at his office in New Delhi, the Minister said that the two sides discussed Russian participation in civilian shipbuilding and inland waterways and also the interest of Indian companies in the Russian Far East in energy, transportation, and logistic sectors. He added that they also talked about training Indian Seafarers for operations in the Arctic region. 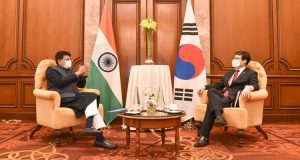