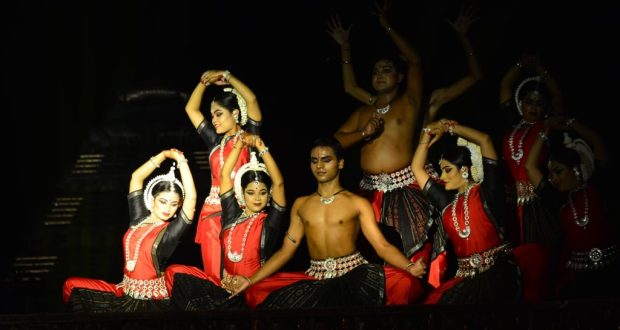 Bhubaneswar:3/12/21: The Konark Festival and International Sand Art Festival 2021, which kicked off on December 1st, has been cancelled by the Odisha Tourism Department in view of the Cyclonic Storm Jawad.

“As per the reports of IMD and advisories issued by Special Relief Commissioner on Cyclonic Storm Jawad reaching the coasts of Odisha, we regret to inform that the Konark Festival and International Sand Art Festival held in Konark are being called off with immediate effect,” tweeted the Department.

Earlier, in the day, Odisha Special Relief Commissioner, PK Jena, informed that the Deep Depression over southeast Bay of Bengal, which has intensified into a cyclonic storm and may hit the Puri coast on December 5.

.Worth mentioning, the 12th edition of five days International Sand Art Festival was inaugurated by Odisha Chief Minister Naveen Patnaik at Konark on Wednesday. It was scheduled to continue till December 5.

The Chandrabhaga International Sand art festival is conducted every year by the Tourism Department of Odisha. It provides a platform for the sand artists to show their art and talent to the world.