Top Headlines
Home » National » Paika Rebellion could not be called the first war of Independence:Indian Council of Historical Research 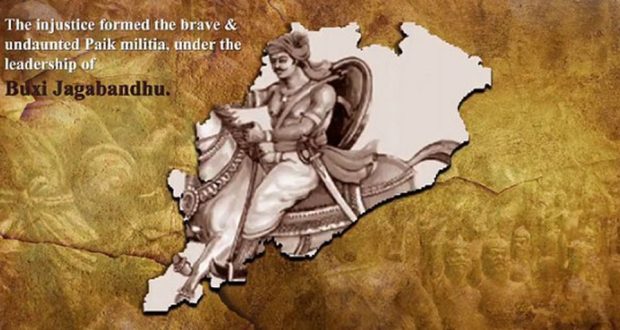 Paika Rebellion could not be called the first war of Independence:Indian Council of Historical Research

Bhubaneswar2/12/21: The historic Paika Rebellion in Odisha in the year 1817 could not be called the first war of Independence, Union Culture Minister G Kishan Reddy informed the Rajya Sabha today in a written reply to a question by Biju Janata Dal MP Prashanta Nanda.

Considering Paika Rebellion as the beginning of a popular uprising against the British, it would be included as a case study in the Class-8 National Council of Educational Research and Training (NCERT) history textbook, the Minister said. He informed that the Culture Ministry had received a reference from Odisha Chief Minister Naveen Patnaik via the Union Home Affairs Ministry, asking that the Paika Rebellion be declared the first war of Independence.

He said the matter was examined in consultation with the Indian Council of Historical Research (ICHR), under the Education Ministry, and as per the ICHR’s comments, the Paika Rebellion could not be called the first war of Independence.

“However, from a historical point of view, it can be said that the ‘Paika Bidroha’, which was set off in March 1817 and continued until May 1825, had set an example for the classes as well as the masses in India to follow later on. Accordingly, considering that this is one of the beginnings of popular uprisings against the British in India, it has been decided to include it as a ‘case-study in the Class VIII history textbook of NCERT, which deals with the 1857 event,” the Minister’s written reply stated.

2021-12-02
Editor in chief
Previous: BJD MLAs including some Ministers staged a dharna in front of the statue of Mahatma Gandhi protested against the rise in LPG prices
Next: BJP and Congress members continued to create ruckus in Odisha Assembly over schoolteacher Mamita Meher’s murder case.