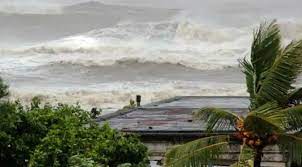 The model also indicated further northeastward movement of the system along the coasts of Odisha and West Bengal with gradual weakening up to 1200 UTC (5:30 pm IST) on December 6.

* Squally wind speed reaching 45-55 kmph gusting to 65 kmph likely to commence along & off North Andhra Pradesh – Odisha coast from the mid-night of 3rd December and increase gradually becoming 70-80 kmph gusting to 90 kmph from 4th December Afternoon, for the subsequent 12 hours.

2021-12-01
Editor in chief
Previous: Winter Session of Odisha Assembly began on a stormy note as Congress members resorted to a dharna at the entrances of the House
Next: 32nd Konark Festival has begun at the premises of the Sun Temple in Konark