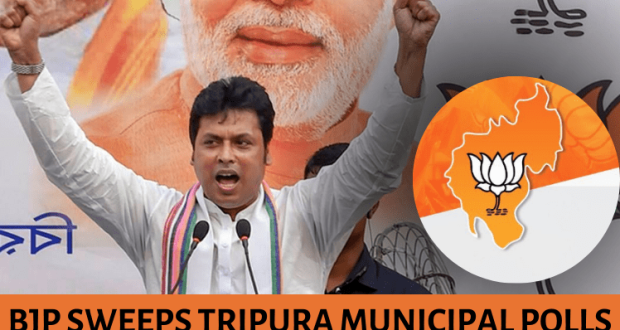 With this, Agartala Municipal Corporation is without an Opposition for the first time.

While the CPI(M) has won three seats, the Trinamool and TIPRA both got one seat each.

Of the total 324 municipal seats in the state, the BJP won 112 seats uncontested. The remaining 222 seats registered a healthy 81.54 percent voter turnout.

Chief Minister Biplab Kumar Deb said this was a “historic” victory and the people of Tripura have given a “sothik jobaab” (apt answer) by casting votes which ensured that BJP won 98.50 percent of the seats.