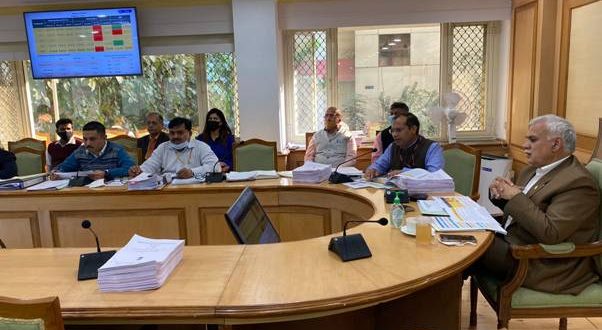 Proposals for Construction of 3.61 Lakh Houses approved under PMAY(U)

The construction of PMAY-U houses is in various stages. With this, the total number of sanctioned houses under the Mission is now 1.14 crore; of which more than 89 lakh have been grounded for construction and 52.5lakhhave been completed and delivered to the beneficiaries. The total investment under the Mission is ₹ 7.52 lakh crore, with a Central Assistance of ₹1.85 lakh crore. So far, ₹1.13 lakh crore of funds has already been released. The CSMC also accorded approval for revision of projects from 14 States/UTs translating into 3.74 lakh houses.

Further, Secretary, MoHUA, laid renewed emphasis to accelerate housing construction and completion across the country within stipulated time under PMAY-U so that the goal of ‘Housing for All’ by 2022 can be achieved.

At the CSMC meeting, an e-Finance module was also launched by Secretary, MoHUA. The e-Finance module has been integrated with all modules of the PMAY-U MIS system and designed, developed within PMAY-U MIS System with the objectives to provide a unique platform to all stakeholders for disbursement of funds through Direct Benefit Transfer mode &to validate beneficiaries. 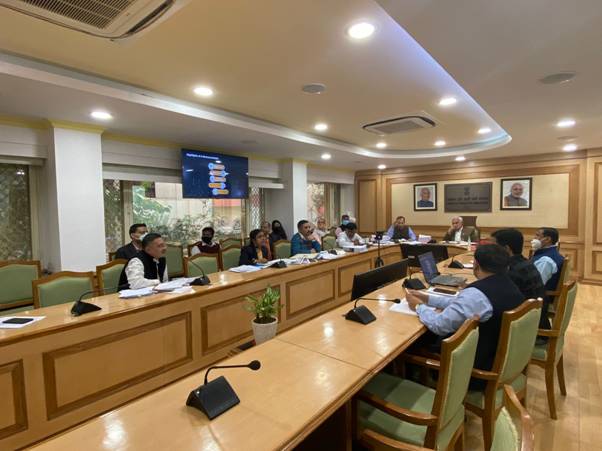 While launching the module, Secretary, MoHUA, said, “The e-Finance module has been launched with a specific purpose to remove any sort of misinformation. Now, there will be transparency, and all financial data will be captured on the platform.” He instructed that training programs for officers/MIS personnel across States/UTs should be organized region-wise for the early implementation of the module.

Secretary, MoHUA, directed the States/UTs to ensure proper implementation of ARHCs by utilizing vacant JnNURM houses. He also encouraged the stakeholders to come up with more proposals under Model 2 of ARHCs.

ARHCs provide affordable rental accommodation to urban migrants/poor in urban areas close to their workplaces. The ARHC scheme is being implemented through two models. Under Model 1, existing Government funded vacant houses are converted into ARHCs through Public-Private Partnership or by Public Agencies; Under Model 2, construction, operation, and maintenance of ARHCs will be done by Public/Private Entities on their own vacant land.

2021-11-24
Editor in chief
Previous: Food grains at 5 kg per person per month free of cost for all the beneficiaries covered under the NFSA will be continued till March, 2022
Next: Odisha Chief Minister unveiled the ‘Janasunani Portal’ of the Department of Electronics and IT