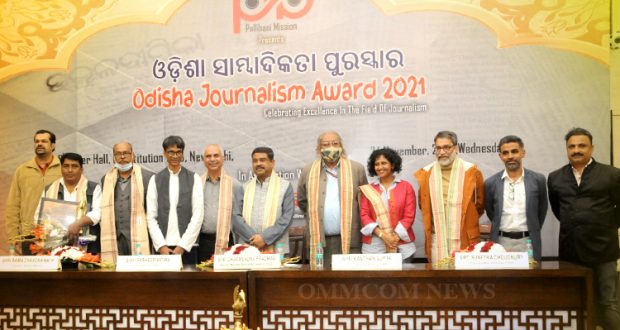 Newdelhi:24/11/21: Senior Journalist Manoranjan Mishra received the Odisha Journalism Award by Pallibani Mission at a ceremony in New Delhi on Wednesday. Mishra, the Editor of Kanak News was given the award by Union Education Minister Dharmendra Pradhan.

Pallibani Mission’s President Ramachandra Nath spoke about the objectives of the mission in the opening address. On the occasion, a special edition of Pallibani, the only Odia journal published from Delhi was launched.