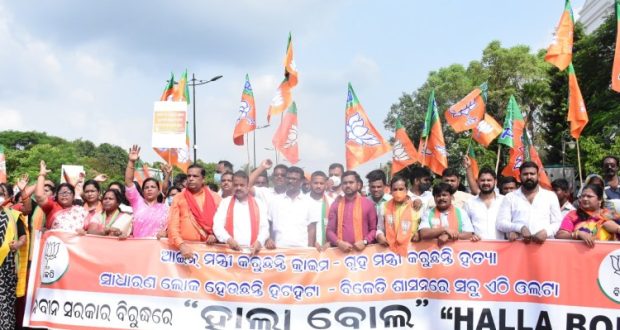 in Smartcity Bhubaneswar 17 days ago 0 48 Views

As part of the party’s ‘Halla Bol’ campaign against the BJD government, BJD workers demanded the resignation of the Minister of State (MoS) for Home Dibya Shankar Mishra.
Besides, they demanded a CBI probe into the matter.

Shouting slogans against the BJD government, hundreds of BJP workers marched in a rally from the Raj Mahal Square towards Naveen Niwas.

However, the protestors were stopped by the police at the Sishu Bhawan Square preventing them from marching towards Naveen Niwas.

Several of the activists were picked up by the police while they attempted to breach the barricade at Sishu Bhawan Square. They have been detained by the police. 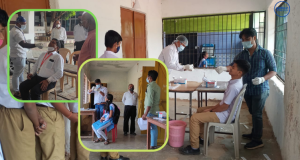