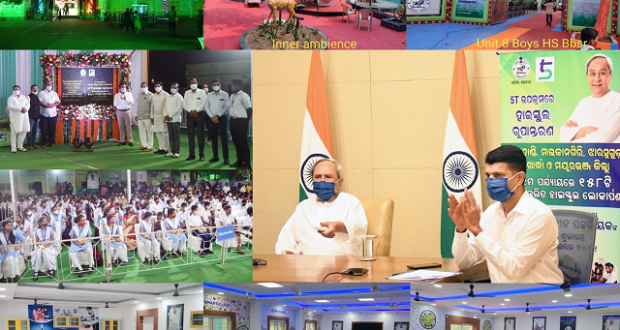 Of the 158 schools inaugurated today six are from Malkangiri, 25 in Jharsuguda, 29 in Kalahandi, 60 in Mayurbhanj, and 38 in Khurda.

During the launch event, students from five districts interacted with the chief minister about the school’s transformation program. Papuni Mandi of Malkangiri, Shalini Tripathi of Jharsuguda, Kumudini Bandichhod of Kalahandi, Madhusmita Sahu of Mayurbhanj and Uday Prakash Behera of Khurda took part in the discussion.

“We are excited about the smart facilities available in the transformed school. It has strengthened our morale to meet our goal” they said.

When asked the chief minister about what they wanted to do in the future, the students said they would become IAS officers, teachers, doctors, engineers, social workers, and journalists.