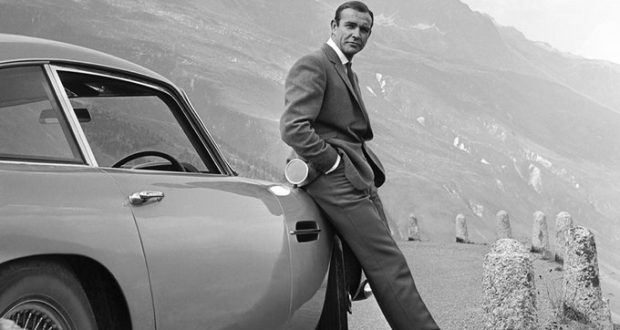 Goa18/11/21:The 52nd International Film Festival of India (IFFI) is paying a special tribute to Sir Sean Connery, the first actor to portray the most famous fictional British spy, James Bond on the big screen. The 52nd edition of the IFFI will take place from the 20th to 28th November 2021 in a hybrid mode. This IFFI will give movie buffs an occasion to celebrate Sean Connery’s charismatic actions on big screen. The Scottish actor who was known for the portrayal of the fictional character, passed away in his sleep late last year. The five films that have been selected to be screened as part of the special tribute are – From Russia With Love (1963), Goldfinger (1964), You Only Live Twice (1967), The Hunt For Red October (1990), and The Untouchables (1987) – which won him an Oscar in 1988.

Sir Sean Connery is remembered as the original James Bond. He was the first to utter one of the classic movie catchphrases of all time – ‘the name’s Bond… James Bond’. His acting career spanned seven decades during which he has appeared in seven spy thrillers.

Agent 007 is back in the second installment of the James Bond series, this time battling a secret crime organization, Spectre. Russians Rosa Klebb and Kronsteen are out to snatch a decoding device known as the Lektor, using the ravishing Tatiana to lure Bond into helping them. Bond travels to meet Tatiana in Istanbul, where he must rely on his wits to escape with his life in a series of deadly encounters with the enemy.

Special agent 007 comes face to face with one of the most notorious villains of all time, and now he must outwit and outgun the powerful tycoon to prevent him from cashing in on a devious scheme to raid Fort Knox and obliterate the world’s economy. During the Cold War, American and Russian spacecraft go missing, leaving each

superpower believing that the other is to blame. As the world teeters on the brink of nuclear war, British intelligence learns that one of the crafts has landed in the Sea of Japan. After faking his own death, James Bond (Connery) is sent to investigate. In Japan, he’s aided by Tiger Tanaka and Aki, who help him uncover a sinister global conspiracy. Despite Prohibition in the USA, a mobster, Al Capone, continues his illicit liquor business. A federal agent, Eliot Ness, is assigned to expose Capone’s illegal business and bring him to justice. A new technologically-superior Soviet nuclear sub, the Red October, is heading for the US coast under the command of Captain Marko Ramius (Connery). The American government thinks Ramius is planning to attack. A lone CIA analyst (Baldwin) thinks Ramius is planning to defect, but he has only a few hours to find him and prove it – because the entire Russian naval and air commands are trying to find him, too! Sean Connery began his theatrical career as an extra in the chorus, playing bit parts and modeling. He spent time bodybuilding which culminated in a bid for the 1950 Mr. Universe where he placed third. It would then take him eight years to play his first big role opposite Lana Turner in Another Time, Another Place (1958) and another four to immortalise ‘Bond, James Bond.