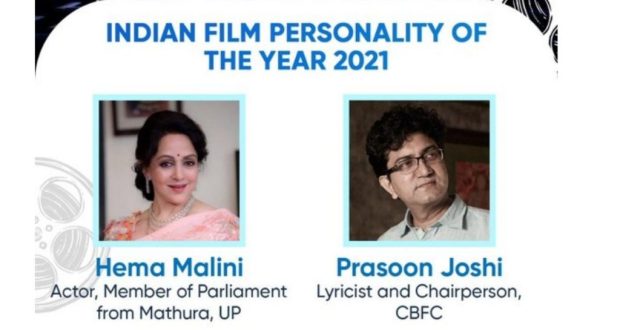 in Entertainment, National 21 days ago 0 53 Views

Newdelhi:18/11/21:Union Minister for Information and Broadcasting Shri Anurag Singh Thakur has announced that the Indian Film Personality of the Year Award for 2021 will be conferred on Ms Hema Malini and Shri Prasoon Joshi.

Announcing the awards Shri Thakur said “I am delighted to announce the names of Ms. Hema Malini, Actor, Member of Parliament from Mathura, UP and Mr Prasoon Joshi, Lyricist and Chairperson, CBFC as the Indian Film Personality of the Year 2021. Their contributions to the field of Indian cinema spread over decades and their body of work has enthralled audiences across generations. They are Indian cinematic icons who are admired and respected the world over.  They shall be conferred this honour at the 52nd International Film Festival of India in Goa.”

About the esteemed winners of the award:

Ms Hema Malini, Actor, Member of Parliament from Mathura, UP

Born on October 16, 1948, in Ammankudi, Tamil Nadu, Ms Hema Malini is an Indian actress, writer, director, producer, dancer and politician. She made her acting debut in 1963 with the Tamil film IdhuSathiyam and later on, entered the Hindi cinema as the lead actress of SapnoKaSaudagar in 1968. Since then, she has acted in over 150 films like Sholay, Seeta Aur Geeta, SattepeSatta and Baghban among many others.

Also known as the ‘Dream Girl’, Miss Malini has won many awards for acting skills.  She was honoured with the Padma Shri, the fourth-highest civilian honour awarded by the Government of India in 2000. In the year 2012, Sir PadampatSinghania University conferred an Honorary Doctorate on Ms Malini in recognition of her contribution to Indian Cinema. She has served as chairperson of the National Film Development Corporation. Ms Malini, a trained Bharatnatyam dancer, received the Sopori Academy of Music & Performing Arts (SaMaPa) Vitasta award in 2006 for her contribution and service to Indian culture & dance. From 2003-2009, she served as a member of Parliament to the Rajya Sabha, after being nominated by the then President of India. In the 2014 General Election for Lok Sabha, Ms Malini was elected as a Member of Lok Sabha from Mathura constituency. Since then, she continues to serve as the Member of Lok Sabha from the Mathura constituency.

Shri Prasoon Joshi is a poet, writer, lyricist, screenwriter and communication specialist and marketer. He published his first book of prose and poetry at the age of 17. Currently the chairman Asia and CEO of McCann World Group India.

Sh. Joshi entered Indian cinema as a lyricist in 2001 with Rajkumar Santoshi’s Lajja, and since then he has been a part of various highly successful Bollywood films. And today he is widely recognised in the country for keeping the great tradition of classic poetry and literature and alive in the mass consciousness. Through his writing in films like Taare Zameen Par, Rang De Basanti, Bhaag Milkha Bhaag, Neerja and Manikarnika, Delhi 6 and many more,  he has rekindled the faith that one can give constructive direction to the society through high calibre work in the Popular genre.

Shri Joshi has received well-deserved recognition, not just in India, but globally too. He has received the National Film Award for Best Lyrics twice for his work in Taare Zameen Par (2007) and Chittagong (2013). In the year 2015, the Government of India awarded him Padma Shri for his contributions towards the field of Arts, Literature & Advertising.  He has won popular film awards like Filmfare, IIFA, Screen multiple times. In 2014 he was invited as the Cannes titanium Jury chairman. He was the first Asian to chair the International Cannes Lion Titanium awards. He was also designated as a Young Global Leader by the World Economic Forum.

Shri Joshi was a part of the select three-member Core Creative Advisory Committee for the Commonwealth Games 2010 opening & closing ceremonies. He is also a member of the Grand Jury for the ‘75 Creative Minds of Tomorrow’ at the 52nd IFFI. 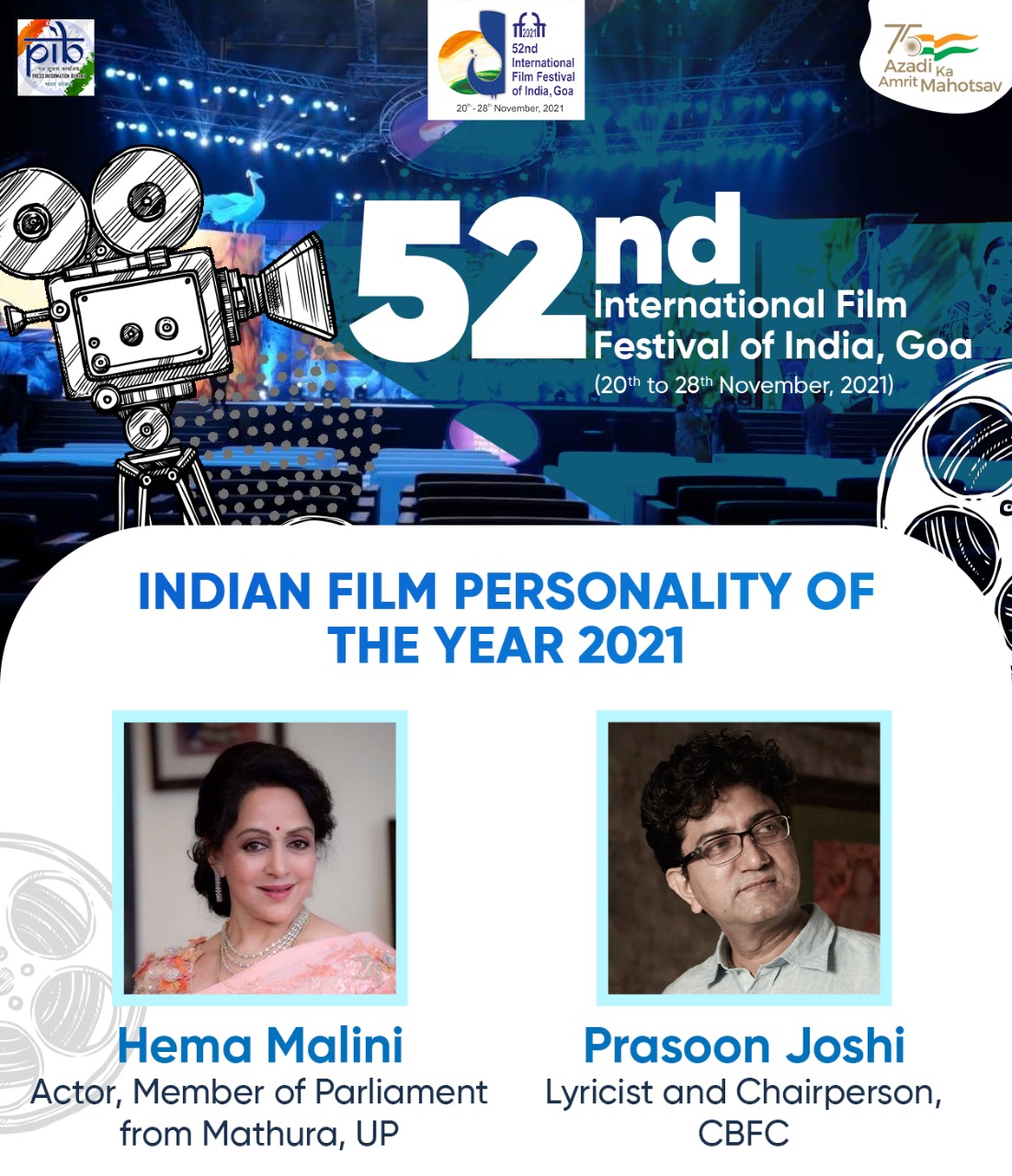 2021-11-18
Editor in chief
Previous: PM inaugurates the first Global Innovation Summit of the Pharmaceuticals sector
Next: PM addresses the conference on ‘Creating Synergies for Seamless Credit Flow and Economic Growth’