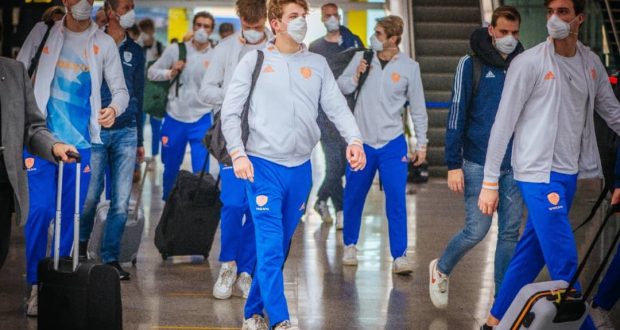 Grouped in Pool C, along with Korea, Spain, and the USA, the Dutch have a tough battle in store for them from the early stages of the competition. “For the last 2-3 months, we have trained with each other every Monday-Tuesday. We also spent a lot of time with each other on and off the field to know each other better and make better collation between all of us. It has been a good preparation,” asserted Silas Lageman, The Netherlands Captain. 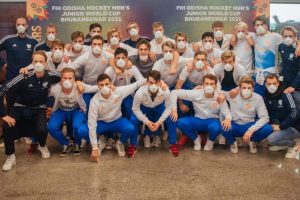 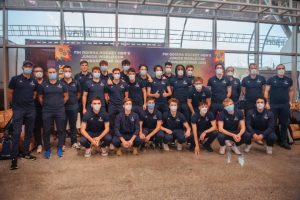 Team France also arrived just an hour after rivals The Netherlands and talked about the team’s plans for the tournament. “We’re excited to come, the last time we came was in 2013 with a Silver medal. We’ve missed the next one. We dream to make the same performance from 2013. We came here to perform, 1/4 Final minimum,” Aymeric Bergame, France Head coach said.

“It is always a good thing to come to a country like India. Everything is done to be in perfect conditions here, every time. This country is a hockey country and every event here is something incredible,” Timothee Clement, France captain added.

Team Argentina, touted to be one of the favorites for the title, also arrived on Saturday afternoon in Bhubaneswar.

The Dutch will open up their campaign against Korea on 25 November, while Argentina, who are placed in Group D along with Egypt, Germany, and Pakistan, will take on Egypt in their first game of the tournament on the same day. Team France, who are placed in Group B along with Poland, Canada, and India, will face Poland in their first game on November 25.

2021-11-17
Editor in chief
Previous: Bhubaneswar illuminates Rajarani Temple with teal colour for awareness on cervical cancer
Next: Process of summary revision of electoral roll has begun in Odisha ahead of the crucial Panchayat polls