Top Headlines
Home » Entertainment » KanakLata had missed the best regional award in National Film festival  because there was no other entry from Odisha:GHANSHYAM MOHAPATRA 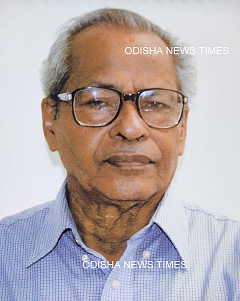 in Entertainment, Interviews, Odia Cinema November 6, 2021 Comments Off on KanakLata had missed the best regional award in National Film festival  because there was no other entry from Odisha:GHANSHYAM MOHAPATRA 258 Views

Filmmaker Ghanashyam Mohapatra will be conferred the prestigious Jayadev Award for his contribution to the growth of the Odia film industry. This was announced by the Culture department along with the 31st State Film Awards for the year 2019.

GHANSHYAM MOHAPATRA, Producer -Director is a graduate in Science with DISTINCTION and a DIPLOMA HOLDER IN CINEMATOGRAPHY WITH FIRST CLASS from SJ. POLYTECHNIC, Bangalore in 1955-58 devoting himself to the making of purposeful documentaries on subjects like MOTHER & CHILD, FAMILY WELFARE, PLAN-DEVELOPMENTS, BONDED LABOUR, ODISS1 DANCE, POWER FOR PROGRESS, AGRICULTURAL IMPLEMENTS, HORTICULTURE FOR TRIBAL PEOPLE, and so on for the last 35 years in a very remote place like ORISSA without any support from any established source.

He is the First documentary Film-maker in Orissa to receive many State Awards, National Awards, and International Awards for his documentary Films. Mohapatra has produced and directed till now about   22   documentary films over a span of 25 years Orissa. Senior Film critic Ashok Palit has met with this veteran producer and Director after the announcement.

You are going to confer with the prestigious Jayadev Award for the year 2019 what is your feeling?

Though late I am happy to know this news. I hope that sincere efforts never go in vain.

You took up the profession of filmmaking almost 50 years before. How did you get motivated in those days to join this profession?

I was interested in Drama and Stage Plays since my student career at  B.B.High School, Dhenkanal in 1950s. When I was a student at Ravenshaw College, Cuttack from 1951 to 1955, I came in contact with Prof. Bidhu Bhusan Das, Professor English, and Advisor to Students’ Union. I got more inspiration from Prof. Das for better dramatic treatment. During these days I saw a number of good films “Duniya Na Maane’ of V.Shantaram which depicts social problems of old age marriage life as also ‘Sansar’ of Gemini Productions. These two films particularly impressed me and after my graduation, I wanted to join the film line, but with proper training, not as an untrained person.

This was more because in those days there were no regular film productions in Orissa. The few, those who wanted to produce Oriya films were exploited by half-trained Film Assistants of Tollygunge. As a result, only sub-standard Oriya films were produced such as ‘Lolita’, ‘Saptasajya’, ‘Rolls 2-8’, even ‘Kedar Gouri’ & ‘Bhai Bhai’.   At that time, there was only one institute in India at Bangalore called S.J. Polytechnic of the Government of Mysore imparting a 3-year diploma in Cinematography, which I joined as a govt. scholar. I studied for 3 years from 1955-1958 standing First Class First in all three years. In 1958, I joined the FILMISTAN STUDIOS, at Goregaon Bombay as Assistant Director. There I worked for about 2 years. While in Filmistan I came in contact with top-ranked directors like S.Mukherji, Gurudutt, Pravat Kumar, Kamal Amrohi, Vijay Bhatt, L.V.Prasad, Bimal Ray, V.Santaram, Dada Gunjal, Music Directors such as Roshan, O.P.Nayar, S.D.Burman, Hemant Kumar, and many others.

Who has influenced you most?

I have been more influenced by the single-handed Film-making of V.Shantaram & that of the technique of realistic film-making of the veteran Satyajit Ray.

Which one will you single out as the most memorable experience in your half-century-old filmmaking career?

The making of the First Eastman Color Documentary “ODISSI DANCE” (English) in 1971 with finance from State Bank of India as the First Technical Entrepreneur of India, under credit guarantee scheme by Reserve Bank of India (Industrial Financing Cell) Mumbai with a celebrated exponent of Odissi, Sanjukta Panigrahi, her singer husband, Raghunath Panigrahi  & Guru Kelu Charan Mohapatra. For information, there was no film till then on this classical dance style of Orissa. The film participated at the 5th World Film Festival at New Delhi on 18th January 1972 as the opening film of USSR Programme at the Soviet Culture House, at Feroz Shah Mehta Road to an elite audience of 2500 Delhi citizens, VVIPs and VIPs. This documentary was invited by Max Muller Bhawan to show at their Cultural House. The President of India His Excellency V.V.Giri witnessed this film at Rashtrapati Bhawan & later on Ministry of Information & Broadcasting, Govt. of India purchased this for Film Division.

Till date, this Documentary has remained a mile stone and authentic documentary record on this dance style. And the Ministry of External Affairs has purchased hundreds of copies and is showing them in its various embassies the world over.

Drastic changes have taken place in technology and viewers’ requirement now. How do you find yourself vis-à-vis this huge transformation in the field of filmmaking?

Film-making is an Art-Form involving creative thinking. It is the thought process of the Director & he gives a visual treatment of a good story or a character. Technology comes second. Of course, Technology has much improved by the introduction of color remote controlled cameras, cranes & zoom lenses, other Animation & Special Effects. A good Director takes the help of these gadgets to express his ideas in more attractive and innovative ways to attract the audience. The Final Balance is the Humanistic and Realistic touch of the particular mood and thought of the character or story presentation.

You are the first Oriya to become the Chairperson of the Nation Jury of Non-Feature films. How do you rate the films made by new generation filmmakers in Orissa?

It is good that new generation filmmakers in Orissa are trying their hands in making some good short & Documentary Films which is getting National Recognition in recent years, much as “Srikhetru Sahi Jat”, Poverty of Kalahandi & Life of a Beggar Musician of Bolangir. My best wishes to all of them in their future adventures. 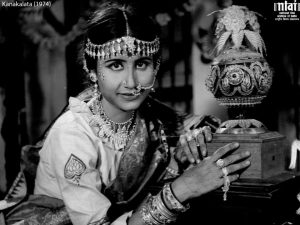 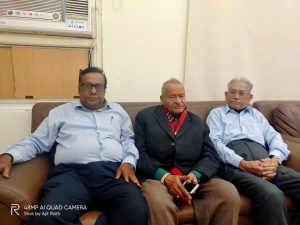 Q.What prompted you to select the classic in Oriya literature “Kanaklata” as the theme of your first feature film?

As such I felt, if at all, I shall produce a feature film in Odisha, this shall be the book. Let me inform here, that Justice Rajkishore Das after seeing the ‘Kanaklata’ film as its first release at the grand cinema, Cuttack in June 1974, express the same thing – that if anyone wants to know about the Oriya culture & traditions & its family life, they should see this film “Kanaklata”.

Why did Odia film  KANAKALATA had missed the best regional award in  1975?

What about the Odisha state film award for Kanaklata?

That is also another history when  I was working for a documentary film in Odisha at that time a proposal came to me to direct the upcoming film” Manshra Bilap” penned by Kalindi Charan Panigrahi but while I go through the story  I could not find any justification to make this story as the film so I politely denied to directed this movie. at that time daughter of Kalindi charan Panigrahi’s Nandini Satpathy was I and B ministry in the center as  I had refused to do her father film so she had directed the Odisha Government to postpone the scheduled Odisha State Film Award by which I can not apply for award after two-year

What advice you will give to the new filmmakers of Odisha? 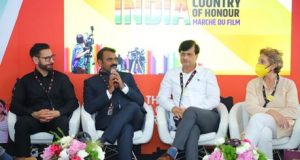