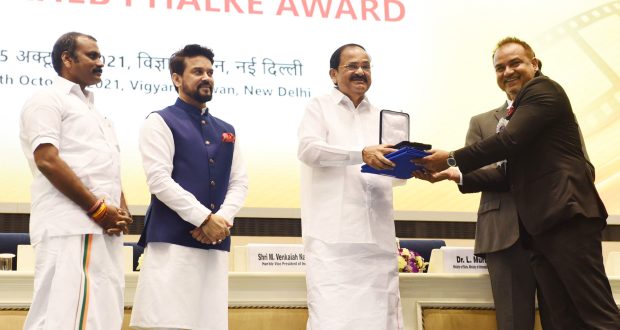 New Delhi:25/10/21: Bhubaneswar: Odisha bagged three awards under the regional film category at the 67th National Film Awards, which were presented by Vice President M. Venkaiah Naidu at an event in New Delhi on Monday.

The winners of the 67th National Film Awards were announced back in March. The awards honoured outstanding achievements in cinema for the year 2019.

The winners were chosen by the jury from a pool of 461 films in the feature-length category and 220 films in the short film category. 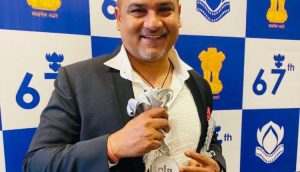 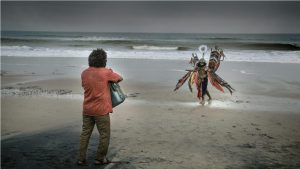 “Dedicate this honour to Mother Earth with folded hands. Kalira Atita is my first Odia film as director. This film is dedicated to the planet. I feel so elated and honoured to receive this National Award for the film,” Panda tweeted.

Scripted, directed and produced by Panda, Kalira Atita revolves around the life of a man from Odisha’s Satavaya village in Kendrapada district, which has been swallowed by the rising sea level. Pitobash Tripathy plays the protagonist in this film, through whom the filmmaker has expressed his own trauma of witnessing the ferocious sea gobble up village after village.

Panda, a Padma Shree awardee, started his celluloid journey with the acclaimed ‘I Am Kalam’, which won 34 international awards and a national award. His subsequent work focused equally on environmental as well as children’s issues. His other films include Babloo Happy Hai, Kaun Kitney Paani Mein and Kadvi Hawa.