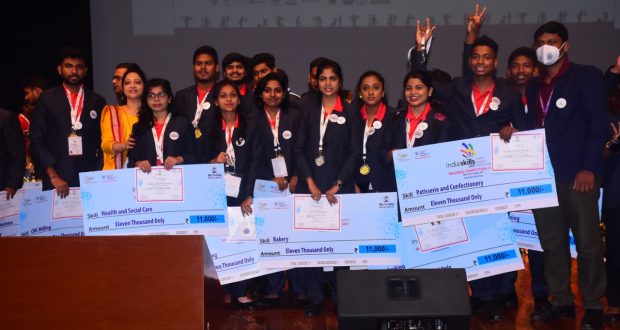 Bhubaneswar:  24/10/21:The State Government’s “Skilled-in-Odisha” campaign got a further boost as the state swept most of the skills in India Skills 2021 Eastern Region competition held at Patna. Odisha dominated the competition by winning 23 Gold Medals and 20 Silver Medals ahead of other competing states.

The State’s strong contingent of 85 participants, contested 39 skills. The results of the competition were declared in Patna on 23rd  October and 43 youths of Odisha emerged with flying colors.

Apart from this, a walkover was also given to Odisha’s competitors in six skills. A total of 59 competitors including 13 girls will now be competing at the India Skills competition which will be held in Bengaluru in December 2021. Notably, the girls from Odisha have also won medals in skills such as welding and painting, and decorating which are traditionally male-dominated domains. The winners of the India Skills competition will go on to compete in the World Skills Competition to be held in Shanghai China. 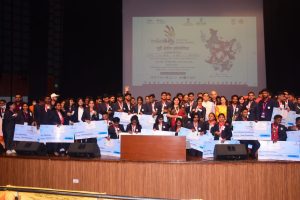 A total of 245 youth from eight states/union territory from the east and northeast participated in the competition including wild card / corporate entries. The event was organized by NSDC, Ministry of Skill Development and Entrepreneurship, Government of India. Hon’ble Governor of Bihar, Shri Fagu Chauhan presided over the prize distribution ceremony and inspired the winners and participants of the skill competition.

Chief Minister Naveen Patnaik expressed his happiness and exhorted the winners to continue their hard work to bring laurels to the state and the country at the World Skills level.

Chairman, Odisha Skill Development Authority, Subroto Bagchi, and Minister, Skill Development and Technical Education, Premanand Nayak have also congratulated the winners and wished them for their onward journey to World Skills.  The State has set a mission of   2-3-4 (2 golds, 3 silver, and 4 bronze) for the World Skills Competition.