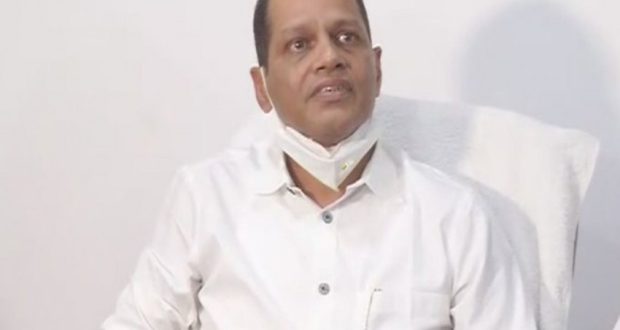 Bhubaneswar:17/10/21: The State Vigilance has registered a case under the Prevention of Corruption Act against Gopalpur MLA Pradeep Panigrahi on allegations of accumulating assets disproportionate to his known sources of income.

According to the Vigilance, an inquiry by the anti-corruption agency unearthed assets to the tune of Rs 5.05 crore amassed by Panigrahi between May 2009 and November 2020 (11 and a half years).

The Vigilance had acted on the orders of Lokayukta, Odisha, and conducted the inquiry. The Lokayukta after examining the inquiry report and reply filed by Panigrahi found that there existed a prima-facie case against the Legislator following which it directed the Vigilance to conduct the investigation.

Empowered by the orders of the Lokayukta, simultaneous searches are being carried out at 15 locations across Odisha by a separate team of the Vigilance. An SP-ranked officer, two additional SsP, are 17 DSsP leading the searches, the Vigilance said.

Panigrahi was expelled from BJD after his name surfaced in an alleged job scam. Later he was arrested in December 2020 by the Crime Branch on charges of facilitating the duping of 68 youths in Ganjam district by his would-be son-in-law Akash Pathak.

In June this year, Panigrahi was released from jail after he secured bail from Orissa High Court.

2021-10-17
Editor in chief
Previous: Union Education Minister Dharmendra Pradhan has urges inclusion of Odisha in Buddhist Circuit
Next: Odisha has announced the senior and junior teams for the 11th Hockey India National Championships 2021