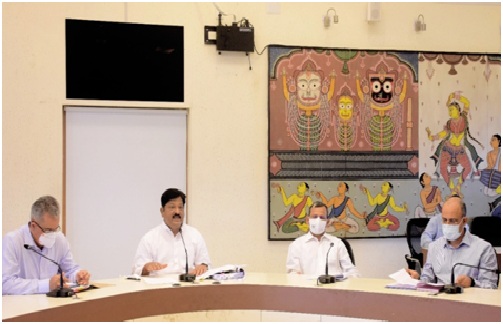 Informing people about decisions of the Cabinet, Minister Panchayati Raj & Drinking Water, Law and Housing & Urban Development Pratap Jena said that as per the historic decision taken under the leadership of Hon’ble Chief Minister, henceforth the contractual employees would be called initial appointees. They would get medical reimbursement facility. Sri Jena added that six new mega drinking water projects would soon be implemented in the districts of Ganjam, Rayagada, Boudh, and Kandhamal districts. The individual households in the blocks like Rageilunda, Ganjam, Khalikote, Kashipur, Rayagada, Harbhanga, Phiringia, Phulbani, Chakadapada, Khajuripada, and K.Nuagaon would get piped water supply through these schemes.

Adding to the Minister, Chief Secretary Suresh Chandra Mahapatra said that other major decisions of Cabinet included the decision regarding enhancement of State contribution from 10 to 14% for the employees under NPS. Employees under NPS would be allowed to exercise an option to receive a family pension in event of the in-service death under OCS pension rules. The employees of aided educational institutions, group-B, Group-C, and group-D contractual employees would also get this facility.