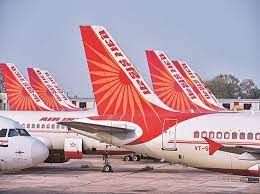 New Delhi:8/10/21: It was a homecoming moment when Tata Sons won the bid of debt-laden Air India by quoting Rs 18,000 crore. This also marked the end of 68 years of government control over the airline.

“M/S Palace Pvt Ltd, a wholly-owned subsidiary of Tata Sons, is the winning bidder for Air India, at a bid value of Rs 18,000 crore,” said Secretary of Department of Investment and Public Asset Management (DIPAM) Tuhin Kanta Pandey at a media briefing on Friday.

An empowered panel of ministers led by home minister Amit Shah gave its approval to the salt-to-software conglomerate’s offer. SpiceJet chairman Ajay Singh was the only other bidder in the fray. He had quoted a financial bid of Rs 15,100 crore for the Maharaja, the DIPAM secretary said.

The reserve price for Air India was fixed at Rs 12,906 crore.

Pandey further said that the non-core assets, including land and buildings with a book value of Rs 14,718 crore, will not be given to the acquirer but will be transferred to GoI’s Air India Assets Holding Limited (AIAHL). The deal will be closed by December 2021, he added.

Air India with 127 aircraft is reportedly reeling under a debt of over Rs 60,000 crore. The process to sell it off begun in July 2017. It controls 50.64% of the International market share when clubbed with AIXL, among Indian carriers.

This is what Ratan Tata tweeted:

The Tatas had started Air India as Tata Airlines in 1932 and sold it to the government in 1953.