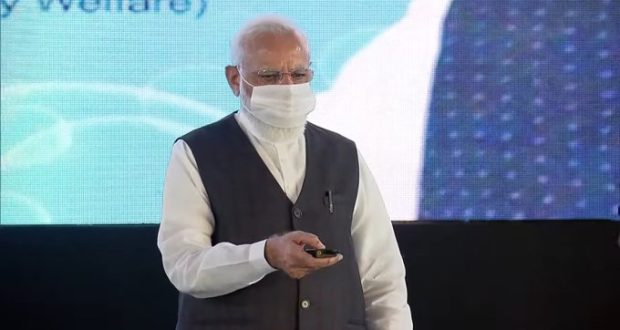 in National October 7, 2021 Comments Off on PM dedicates 35 PSA Oxygen Plants across 35 States and UTs 127 Views

Addressing the gathering, the Prime Minister noted the beginning of the holy festival of Navratri from today. He said Maa Shailputri is worshipped on the first day of Navratri. He remarked that Shailputri is the daughter of Himalaya. “On this day I am here, coming here to bow to this soil, saluting this land of Himalayas, what can be a greater blessing in life than this,” said the Prime Minister. He also congratulated the state for splendid performance in the Olympics and Paralympics. The Prime Minister stressed that his relationship network with the land of Uttarakhand is not only of heart but also of action, not only of essence but also of element.

Continuing with the significance that today’s date holds for him, the Prime Minister recalled that on this day 20 years ago, he got a new responsibility to serve the public. He added that his journey of serving the people, living among the people was going on for many decades, but 20 years ago today, he got a new responsibility as the Chief Minister of Gujarat. He also noted that the beginning of this journey coincided with the formation of the Uttarakhand state as he took over as the Gujarat Chief Minister a few months after that. He said he never imagined that he would, with the blessings of the people,  reach the position of the Prime Minister.  The Prime Minister expressed his gratitude to the people of the country and Uttarakhand as he entered the 21st year of this unbroken journey as head of the government.

The Prime Minister noted that till 6-7 years ago, only a few states had the facility of AIIMS, today work is being done to take AIIMS to every state. He said we are moving fast from 6 AIIMS to build a strong network of 22 AIIMS. It is also the goal of the government that there must be at least one medical college in every district of the country. He recalled that former Prime Minister Shri Atal Bihari Vajpayee had fulfilled the dream of the creation of Uttarakhand. Shri Atal Bihari Vajpayee believed that connectivity is directly related to development. Due to his inspiration, today work is being done for improving connectivity infrastructure in the country at unprecedented speed and scale, the Prime Minister said.