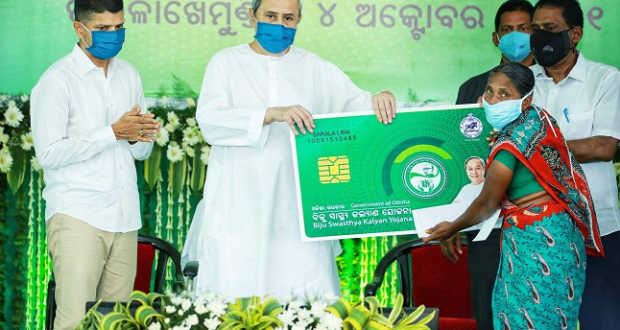 Gajapati:5/10/21: Chief Minister Naveen Patnaik on Monday inaugurated the distribution of smart health cards under Biju Swasthya Kalyan Yojana in the Gajapati district. Smart health cards would benefit 1.35 lakh people which is 90 per cent of the population in the district.

The flagship programme of the state government was first launched in Malkangiri, then later in Sundergarh and Balangir. Gajapati became the fourth such district to have this programme.

During the launch of the health card, Patnaik said, “Every life is precious for us. Three and a half crore people from 96 lakh households in the State will benefit from the Smart Health Cards. Each family can avail treatment cost up to Rs 5 lakh per annum, women members of the family can avail the benefit up to Rs 10 lakh every year, be it a farmer, a daily wage labourer or a rickshaw puller.” 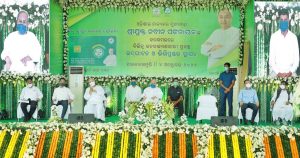 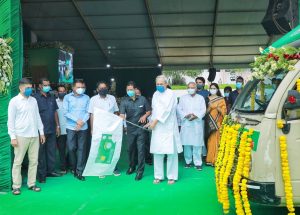 The Chief Minister further said that the only aim of this welfare programme of the state government is to let everyone live with dignity.

Besides distributing Smart Health Card, Chief Minister also laid the foundation for a mega drinking water supply project worth Rs 796 crore & inaugurated the development projects including roads, education, health infrastructure worth 23.42 crore. Patnaik also stated that the steps were being taken to develop the Mahendagiri shrine.

Highlighting the uniqueness of the Gajapati district, the Chief Minister said that “Gajapati is the land of art and prosperity. Although a small district, Gajapati’s contribution to modern Odisha is significant.”

The Beneficiaries of the National and State Food Security schemes of State will get the health card, where they can avail health services in more than 200 hospitals of the country including Odisha.