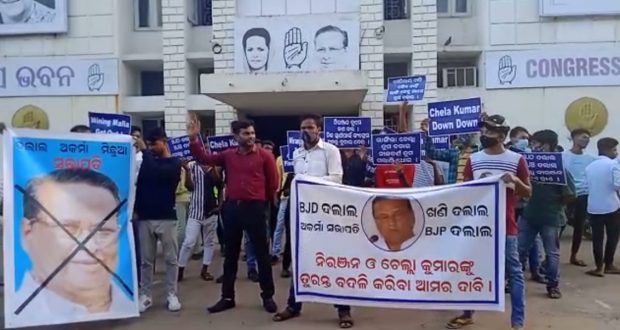 According to reports, a number of party workers were seen roaring against Pattnaik, holding placards and banners as they were disgusted over meagre votes and grand failure in the Pipili by-election today.

During the demonstration, the protesters echoed Anti-Niranjan slogans and demanded his immediate quit on morality ground. Even, they vowed to take the ‘Eliminate Niranjan’ drive to Delhi, reports said.