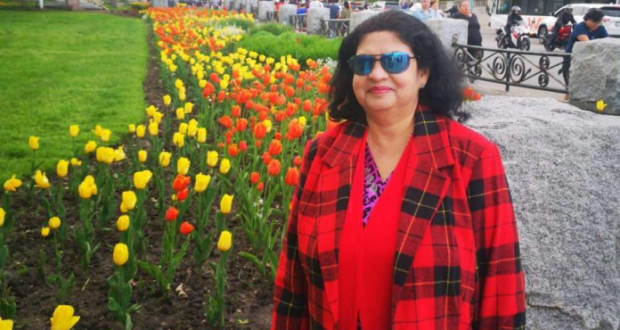 Dr. Mohapatra is a former principal of Shailabala Women’s College in Cuttack. Established in 1865, Cuttack Club in its 156 years old history, elected a female president for the first time. Dr. Mohapatra becomes the first woman to lead Odisha’s oldest club.

Addressing club members following her victory, Dr. Mohapatra said: “All of you have reposed your trust and faith upon me. I am really honoured and very, very extremely grateful to all of you.”

“I am sure and confident that with my new team I shall try to bring about the changes and the vision that I have in my mind,” she added.

“Each and every member of this club is very important. All your roles, support, and help throughout the year shall certainly help me to fulfill my vision,” she concluded.

female inclusivity is at the top of her agenda as club president, said Dr. Mohapatra in an exclusive interview with Sambad.

“My mission for all women is to create a healthy and balanced environment at Cuttack Club. They should feel comfortable at the club. This is one of the key reasons that inspired me to contest for the presidency,” she said.

Dr. Mohapatra who also edits the club magazine said that as a member of the club, she could not reach out to the spouses of other members since their numbers were not listed in the club directory. As president, she wants to create a separate directory to make the club more accessible to women.

“I will keep that directory to myself. It will not be made public nor will it be available to other members of the club. It will only be with me so that during any event, I could reach out to women and seek their participation,” she said.

Cuttack Club, located in the heart of the city with the imposing Barabati Fort and the Barabati stadium in its vicinity, is not just Odisha’s but one of India’s oldest clubs. With more than 1,500 members that include bureaucrats, doctors, and judges, it is also affiliated with 161 noted clubs across the country.