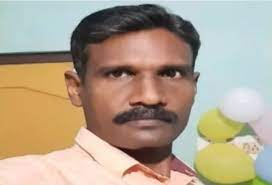 Cuttack: 25/9/21:Body of Odisha Disaster Rapid Action Force (ODRAF) personnel who had gone missing on Friday, after a boat capsized during a mission to rescue an elephant stranded in Mahanadi river near Mundali in Cuttack has been recovered.

According to reports, the body of missing ODRAF personnel Sitaram Murmu has been recovered from the river near Gumei Sahi of Kakhadi Mahalpada in Cuttack district.

Murmu’s body which was found floating in the river was recovered by locals.

Five ODRAF personnel and two journalists were on the boat when it capsized in the Mahanadi river Friday afternoon.

All others except Murmu had been rescued yesterday but one journalist, Arindam Das of Odisha Television (OTV) Limited, could not survive the mishap.

2021-09-25
Editor in chief
Previous: People of Pipili will give a befitting answer to BJD:Dharmendra Pradhan
Next: Heavy To Extremely Heavy Rain Likely In Coastal, Southern Odisha