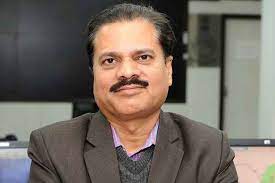 Mohapatra said that the Deep Depression that has formed over north and adjoining eastcentral Bay of Bengal now lies about 470 km east-southeast of Gopalpur (Odisha).

It may intensify into a cyclonic storm by today evening with a wind speed of 65-75 kmph. The wind speed may increase to 75-85 kmph gusting to 95 kmph tomorrow when it will touch the coast.

Heavy rainfall is to occur over interior districts of Southern Odisha on September 27, he added.

Mohapatra informed that the sea is now unstable and the situation is to prevail till the morning of September 27. Therefore, the fishermen should avoid going to the sea.

Low lying areas may get submerged due to the rainfall. As the effect of the rainfall can be experienced from Vishakapatnam in Andhra Pradesh to Puri in Odisha, urban areas in the districts between them may face waterlogging issues, he added.