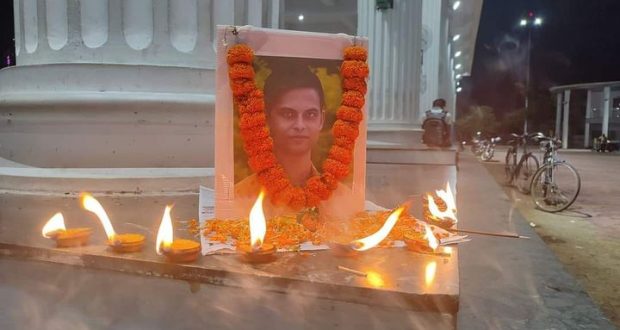 Bhubaneswar:24/9/21: Electronic media channel Odisha Television (OTV) Limited, has announced Rs 20 lakh as compensation to the bereaved family of Arindam Das, who died in a boat mishap today while covering a rescue operation of an elephant launched by ODRAF at Mundali Barrage in river Mahanadi.

OTV Managing Director Jagi Mangat Panda this evening announced the compensation to the family of the dynamic TV journalist. She said that losing Arindam is a colossal loss not only for her but for the entire organization. “There will never be another Arindam,” she said.

A dynamic TV journalist, Arindam Das, drowned while an experienced boat driver of ODRAF, Sitaram Murmu went missing after the rubber boat engaged in rescuing an elephant capsized at Mundali barrage on Friday.

Arindam, who was the Chief Reporter of electronic media channel Odisha TV (OTV), and cameraman Prabhat Sinha had joined a four-member ODRAF team, to cover the rescue operation of a trapped elephant. However, the boat capsized in the strong currents.

Later, both were rushed to SCB Medical, but Arindam was declared brought dead at the hospital. Besides, the rescued cameraman is undergoing treatment along with three personnel of ODRAF in the ICU.