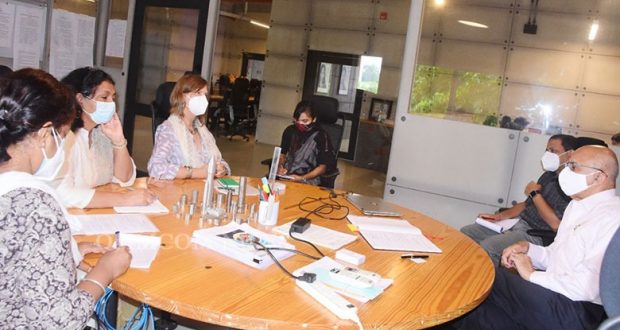 He also said that for skill development we need to break free from gender stereotypes. We need more young women to come into skills and professions which were considered to be male bastions. He presented the many examples of Odia women who are excelling in jobs like loco-pilot, automotive mechanic, welder, manufacturing plant operator, and so on.

He shared his thoughts on digital skills but cautioned that it must be accompanied by high-quality teacher training, content, universal access to devices, and the Right to the Internet.

Ferguson expressed her deep appreciation of the partnership between the Government of Odisha and UN Women. She lauded the vision of Chief Minister Naveen Patnaik that has transformed the idea of women empowerment through Mission Shakti.

She said UN Women would like to be a strong partner in the efforts of the State, particularly through the Second Chance Education and Vocational Learning (SCE).

OSDA has an MoU with UN Women for cooperation across a number of initiatives. As a part of the MoU, Women Self Help Groups under the Department of Mission Shakti, the Government of Odisha from ten aspirational districts in Odisha will be trained in digital marketing & entrepreneurship to facilitate linkage to e-commerce platforms for online selling of theirs. products.

UN Women’s Second Chance Education Programme has been implemented in Govt ITIs and Polytechnics of Mayurbhanj, Rayagada and Dhenkanal districts.