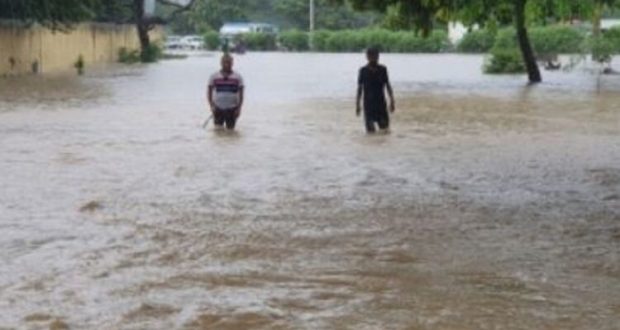 Bhubaneswar:13/9/21: As incessant rain continues in many parts of Odisha since September 11, three persons have lost their lives due to rain-related mishaps.

The Special Relief Commissioner’s Office said according to preliminary reports received from districts, two have died in Kendrapara district due to wall collapse and one in Khordha district due to drowning.

The SRC office further stated detailed investigation is on by the District Administration into the reported human casualties.

A total of 53 blocks were affected due to the incessant rain. As many as 2,789 villages and 14 ULBs were affected. Across the state, 265 houses have been damaged so far. Worth mentioning, heavy rain occurred during the past 24 hours in most parts of the State due to the effect of the Depression on the Bay of Bengal.

Astarang block of Puri district received the highest rainfall of 530 mm in last 24 hours till 5 PM followed by Kakatpur of the district where 525 mm rainfall was recorded.