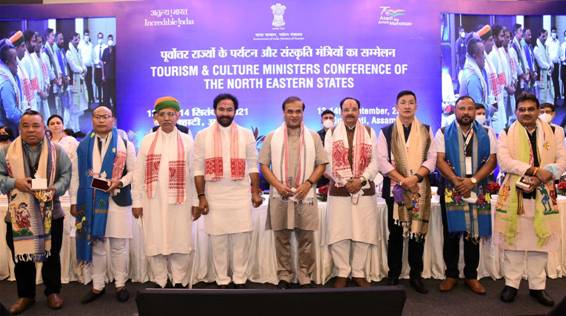 Guwahati:13/9/21: “Tourism can be a game-changer that can bring socio-economic change in the nation especially in NE region,” said Shri G. Kishan Reddy, Union Minister of Tourism, Culture, and DoNER while addressing the inaugural session of a conference here today. The two-day conference of Tourism and Culture Ministers of North Eastern States has been organized under the Chairmanship of Minister of Tourism, Culture, and DONER, to discuss the development of tourism and issues related to connectivity in the North Eastern Region. Chief Minister of Assam Shri HimantaBiswaSarma, Union Minister of State for Culture and Parliamentary Affairs Shri Arjun Ram Meghwal andUnion Minister of State for Tourism and DefenceShri Ajay Bhatt also graced the inaugural session of the conference.

While addressing the forum, Shri G. Kishan Reddy said that under the  Swadesh Darshan Scheme, which focuses on integrated development of theme-based tourist circuits, the Ministry has sanctioned 16 projects in the North-Eastern region. He further added that his ministry is giving special emphasis on developing infrastructure, ground capacity and skills in the Northeast region. He said that the tourism ministry is also providing branding and marketing assistance to the northeast region through its various schemes and flagship initiatives.

Shri Reddy informed that under the PRASHAD schemes the ministry has sanctioned a number of projects in the region. Approximately Rs 200 crore has been sanctioned for these projects, he added.

Talking about the initiatives under DoNER ministry the minister informed that in the budget of 2021-22, the budget allocation to Northeastern states is Rs 68,020 crore. He urged all the state governments in the region to submit viable proposals so that the full amount allocated across various ministries can be successfully utilized. 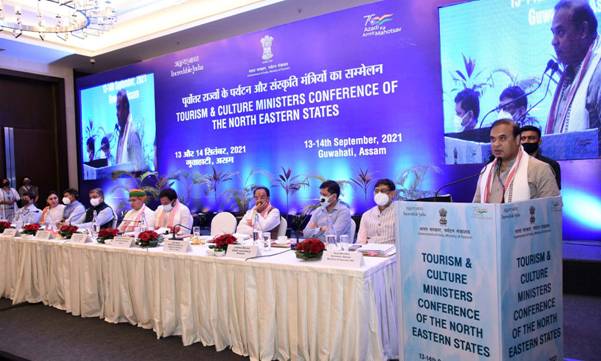 Chief Minister of Assam Shri HimantaBiswaSarma asserted that a holistic approach is required for the development of the tourism sector in NE zone. As a whole, the North East as a brand has to be promoted, and connectivity and infrastructure facilities need to be developed, he added.

Union Minister of State for Culture and Parliamentary Affairs Shri Arjun Ram Meghwalin’s address said that tourism development is the core subject of this conference and North East has all the potential for it. The North Eastern States has made their own identity in various sectors and each State has unique talent and potential, he said. Asserting that the infrastructural development in North East will enhance the tourism development the minister said that the development in the tourism sector will automatically help the other allied sectors to develop and it will help the nation to grow. Talking about Prime Minister Shri Narendra Modi’s vision he said that according to our Prime Minister without the development of North East India the overall development of the country is not possible.

Union Minister of State for Tourism and DefenceShri Ajay Bhatt said that under Prime Minister Narendra Modi’s leadership the country is seeing development in every sector. 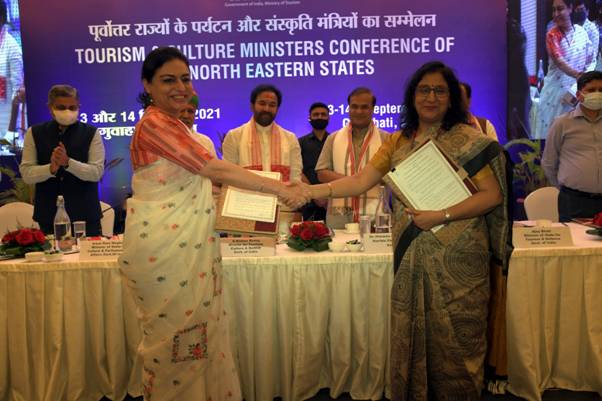 In today’s event, an MoU between the Ministry of Tourism and IRCTC was signed for cooperation in promoting domestic tourism and the development of new tourism products.

Senior officials from various Central Ministries, State Governments in the region as well as industry representatives participated in the conference. The conference aimed to apprise the participants about the several projects and initiatives being undertaken by the Central Government for the development of the northeast region.