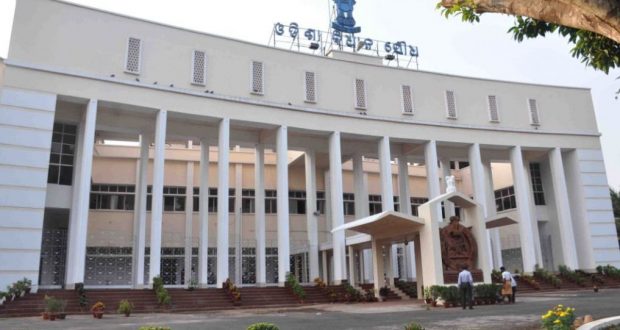 Bhubaneswar, Sep 4: The BJP members created a ruckus in the state Assembly over alleged corruption in PM Awas Yojana in the state.

During the zero hours, the BJP members indulged in hullaballoo in the house after they were not allowed to speak over the issue.

The BJP members also staged a dharna near the statue of Mahatma Gandhi on the premises of the state Assembly.