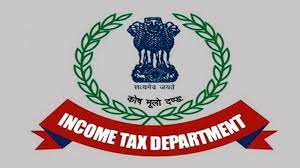 Newdelhi:31/8/21: Four Odias are among the 36 officers of the Indian Revenue Services (IRS) who have been promoted to the rank of Chief Commissioner of Income Tax (CCIT).

They are Debendra Narayan Kar, Manoranjan Panigrahy, Bijayananda Pruseth and Simanchala Dash. According to an order issued by the Central Board of Direct Taxes on Tuesday, 36 officers of the IRS have been promoted as CCIT.

Kar was earlier Principal Commissioner of Income Tax in Cuttack and Sambalpur between 2017 to 2020. He has handled many sensitive positions in the Income Tax Department in Visakhapatnam, Ahmedabad, New Delhi, and Chennai.

Kar received multiple awards during his career in the IRS. Born in Anantapur in Balasore, Kar did his schooling in Baripada and is an alumni of the Ravenshaw College and the JNU, Delhi.