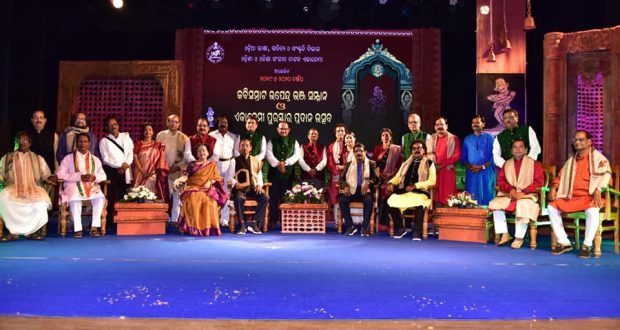 Bhubaneswar:31/8/21: Eminent theatre personality Anant Mahapatra and Odissi exponent Kumkum Mohanty have been awarded the prestigious Kabi Samrat Upendra Bhanja Samman, the highest award of the Odisha Odisha Sangeet Natak Akademi, for the year 2019 and 2020 respectively for their lifetime contribution to the art forms, at a function held at Rabindra Mandap here on 30th, August 2021 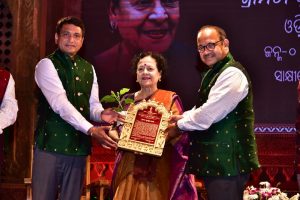 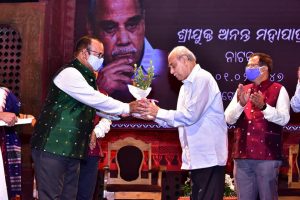 Mahapatra has written, directed, and acted in over 100 plays. He is credited to have written the screenplay and directed ‘Mamu’, the first feature-length film on Doordarshan in India, in both Hindi and Odia languages. He also set up the Utkal Rangamanch Trust to give a fillip to theatre in the State after a majority of theatre companies closed down in the 70s.

The newly introduced Sunanda Samman, instituted in memory of Padma Shri Sunanda Patnaik for Hindustani Classical Music, was given to Dr. Raghunath Sahu and Bandita Ray for the year 2019 and 2020, respectively.

Binod Kumar Pashayat was given Sharada Geeti Kavita Samman for the year 20219 while Dr. Alekh Chandra Padhiary got the award for 2020.

The Kabi Samrat Upendra Bhanja Samman winners got cash awards of Rs 5 lakh each, besides citation and shawl; while the winners of Sunanda Samman and Sharada Geeti Kavita Samman have given Rs 2.5 lakh each besides shawl and citation.

The Akademi also presented awards in 16 categories each including acting, playwright, theatre art, direction for the years 2019 and 2020.

2021-08-31
Editor in chief
Previous: Odisha Para-Athletes Sit On Dharnan in front of the State Sports and Youth Services Department office
Next: New COVID Guidelines: there will be no weekend shutdown across Odisha in September 2021