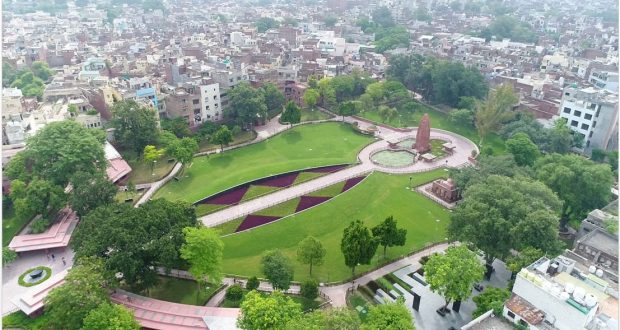 Newdelhi:28/8/21:Prime Minister Shri Narendra Modi dedicated the renovated complex of Jallianwala Bagh Smarak to the nation through video conference. During the event, he also inaugurated the Museum Galleries at the Smarak. The event showcased the multiple development initiatives taken by the government to upgrade the complex.

The Prime Minister bowed to the brave land of Punjab and to the holy soil of Jallianwala Bagh. He also saluted those children of Mother Bharati who were subjected to unprecedented inhumanity just to extinguish the flame of freedom.

Addressing the gathering, the Prime Minister said the dreams of the innocent boys and girls, of the sisters and brothers, are still visible in the bullet marks in the walls of Jallianwala Bagh. He added that today, we are remembering the love and lives of countless mothers and sisters which were snatched away in that Shaheedi well.

The Prime Minister remarked that Jallianwala Bagh is the place that inspired countless revolutionaries and fighters like Sardar Udham Singh, Sardar Bhagat Singh to die for the freedom of India. He added that those 10 minutes of April 13, 1919, became the immortal story of our freedom struggle, due to which we are able to celebrate the Amrit Mahotsav of freedom today. On such an occasion, dedication of Jallianwala Bagh Memorial in the modern version in the 75 years of independence, is an opportunity of great inspiration for all of us, he said.

The Prime Minister remembered that before the Jallianwala Bagh Massacre, fairs of holy Baisakhi used to be held in this place. Guru Gobind Singh Ji Khalsa Panth with the spirit of ‘Sarbat da Bhala’ was also founded on the same day. He said on the 75th year of our Independence, this renovated Jallianwala Bagh will remind the new generation about the history of this holy place and will inspire them to learn a lot about its past.

Underlining the brave tradition of Punjab, the Prime Minister said that, following the path of Gurus,  sons and daughters of Punjab stand fearlessly against all dangers facing the country. He said that efforts are on to preserve this rich heritage. He said that fortunately auspicious occasions like 550th Prakashotsava of Guru Nanak Dev Ji, 350th Prakashotsava of Guru Gobind Singh Ji, 400th Prakashotsava of Guru Teg Bahadur Ji took place in the last seven years and the Central government has tried to spread the teachings of the Gurus through these holy occasions. He enumerated efforts to take this rich legacy to the youth and talked of initiatives like turning Sultanpur Lodhi into a heritage town, Kartarpur corridor, air connectivity of Punjab with various countries, connectivity with Guru sthans, and development of Anandpur Sahib – Fatehgarh Sahib – Chamkaur Sahib – Ferozpur –Amritsar – Khatkar Kalan – Kalanour – Patiala heritage circuit under Swadesh Darshan Scheme.