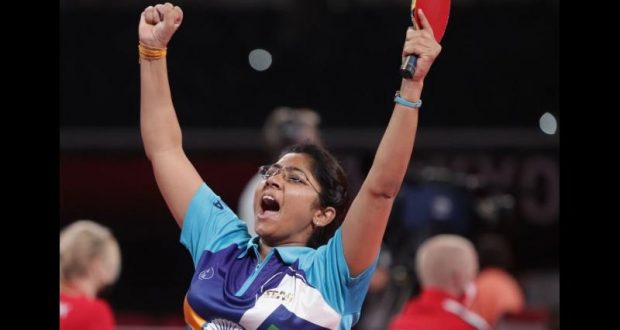 Tokyo:28/8/21:Paddler Bhavina Patel continued her giant-killing march at the Tokyo Paralympics, as she ousted China’s world No. 3 Miao Zhang to enter the gold-medal match of women’s singles Class-4 event.Bhavina became the first Indian to enter the final of a table tennis event in the Paralympics with a hard-fought 3-2 win over China’s Miao Zhang. The 34-year-old Patel beat her world no. 3 Chinese opponent 7-11, 11-7, 11-4, 9-11 and 11-8 in the semifinal showdown that lasted 34 minutes. She will take on world number one Chinese paddler Ying Zhou in the summit clash tomorrow.

In the Men’s Individual open compound round of Archery, Rakesh Kumar stood third while Shyam Sunder Swamy ranked 21st. Rakesh advanced to next event. In power lifting, Sakina Khatun finished fifth position in the final.In F-57 Javelin throw event Ranjit Bhati will participate in the final.
Prime Minister Narendra Modi has congratulated paddler Bhavina Patel for her remarkable performance in the Tokyo Paralympics Games. Praising Bhavina for her excellent performance, Mr. Modi said, the entire nation is praying for your success and will be cheering for you. In a tweet today, he said, Bhavina’s accomplishments inspire the entire nation. He asked Bhavina to give her best and play without any pressure in the gold medal match. 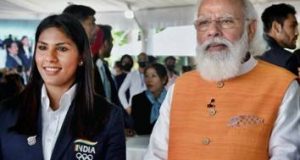 Bhubaneswar28/9/21:: The Appointments Committee of the Union Cabinet has appointed Polamraju Lakshmi Haranadh, IRTS (1994) as the new Chairman of the Paradip Port Trust. The appointment has been done for ...