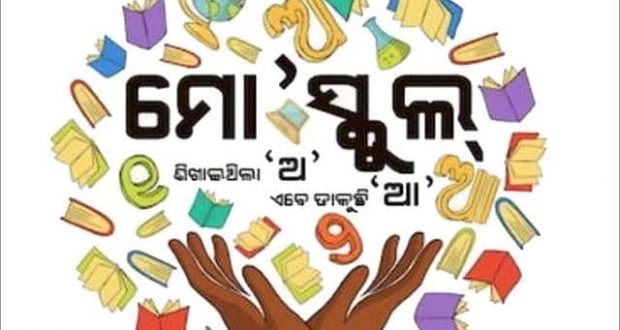 Projects worth Rs 21.96 crore were approved in 29 districts for Mo School Abhiyan

Bhubaneswar:27/8/21: Projects worth Rs 21.96 crore were approved in 29 districts of the State at the 27th Executive Council meeting of Mo School Abhiyan held on Friday.

The meeting, which was held in virtual mode this month in view of the Covid-19 was chaired by Satyabrata Sahu, Principal Secretary of School & Mass Education Department, said an official press release.

According to the release, within a month 30,768 alumni have joined the Mo School Abhiyan and have donated Rs 7.32 crore for the development of their respective schools.

Balasore District Collector K Sudarshan Chakraborty and District Education Officer Ranjan Kumar Giri were highly praised at the meeting for their tireless efforts in instrumenting the highest donor contribution in Balasore district for the 8th consecutive term, the release said.

With the record number of alumni associating with Mo School Abhiyan, the total number is now nearing 6 lakhs.

To accelerate the development process of the schools under the School Adoption Programme (SAP)- an initiative under Mo School Abhiyan, virtual meetings with mentors, alumni and headmasters of the schools will be held from the 1st week of September.

In a bid to boost the sense of community participation, ‘Pratham’ and ‘Bharat Gyan Vigyan Samiti’ will be conducting learning camps for the primary school students of around 5,000 locations of both rural and urban areas.

Earlier the programmes had to be postponed due to the Covid-19 outbreak.

It has been decided to hand over the maintenance work of school infrastructure, gardens and assets created under Mo School Abhiyan to the local Mission Shakti- Self Help Groups. The Executive Council will submit a proposal to the State government in this regard, the release said.

The release stated that orientation programmes will be conducted to polish the digital skills of the teachers.

To digitally enable the teachers with 21st-century skills, a proposal to sign an MoU with ‘Quest Alliance’ is underway. With this, in the next three years more than 20,000 teachers of 4,000 schools and 16 lakh students will become competent in the digital arena, it added.

Development of primary schools in Kandhamal and Rayagada districts is being aimed at with the support of TATA Trusts, alumni members and the community.

The Executive Council has instructed authorities of Mo School to form a special team to monitor the progress of school projects under Mo School Abhiyan.

The team will vigilantly look at the ongoing projects at the State, district and school levels.

In addition, schools have been asked to submit utilisation certificates for the completed project as soon as possible and a team has been formed at the district level to monitor the development.

2021-08-27
Editor in chief
Previous: Odisha Cabinet accorded its stamp of approval to Odisha Electric Vehicle Policy-2021
Next: Government of Odisha has declared that the Banks and other Banking Institutions will remain closed for Sri Krishna Janmashtami